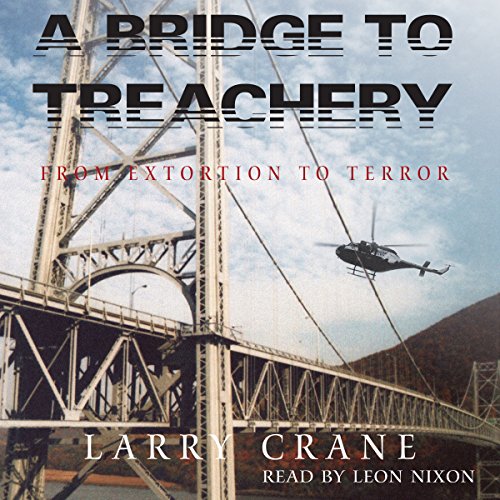 A Bridge to Treachery

There's an old saying that if something seems too good to be true, it probably is.

Former Army Ranger and current investment broker Lou Christopher ignores that axiom when a plum account falls into his lap from nowhere. Suddenly he's raking in huge fees and ignoring that nagging voice in his head that things are never as good as they seem.

Sure enough the nagging voice is right; that plum account leads to Christopher being recruited to resurrect his military skills under a threat of losing everything he has, and he soon discovers the price of his good fortune may be the ultimate price.

Colonel Christopher has to summon all of his Ranger skills to cope with this danger, and discovers a source of strength he hadn't counted on before: his wife, who matches his adroitness in planning and evading discovery when the chips are down, and outwits all those foolish enough to underestimate her.

What listeners say about A Bridge to Treachery