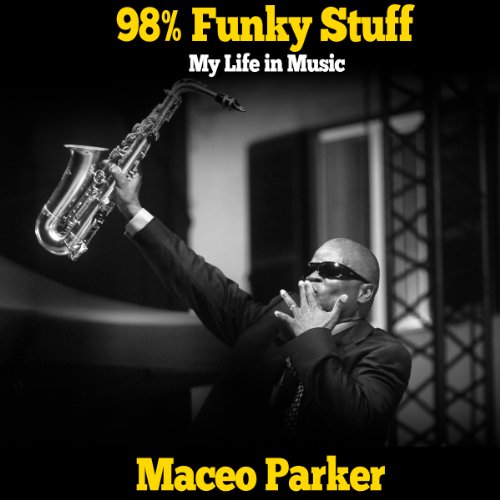 Revealing the warm and astonishing story of an influential jazz legend, this personal narrative tells the story of a man’s journey from a Southern upbringing to a career touring the world to play for adoring fans.

It tells how James Brown first discovered the Parker brothers—Melvin, the drummer, and Maceo on sax—in a band at a small North Carolina nightclub in 1963. Brown hired them both, but it was Maceo’s signature style that helped define Brown’s brand of funk, and the phrase “Maceo, I want you to blow!” became part of the lexicon of black music.

A riveting story of musical education with frank and revelatory insights about George Clinton and others, this definitive autobiography arrives just in time to celebrate the 70th birthday of the author—one of the funkiest musicians alive—and will be enjoyed by jazz and funk aficionados alike.

This audiobook, narrated by Maceo Parker himself, brings his story to life as he tells us his story, in his words and his own voice. It is an incredible tale of his ‘Life in Music’.