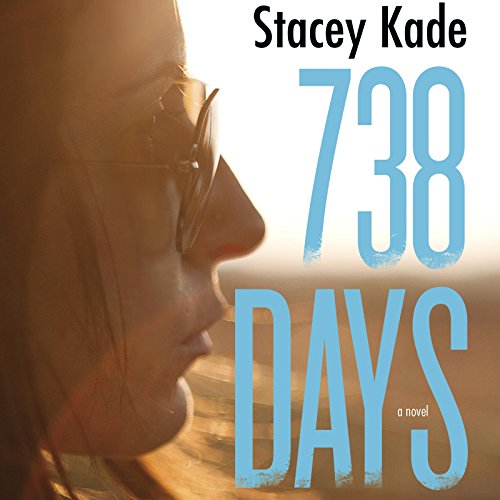 At 15 Amanda Grace was abducted on her way home from school. Seven hundred and thirty-eight days later, she escaped. Her 20/20 interview is what everyone remembers - Amanda describing the room where she was kept, the torn poster of TV heartthrob Chase Henry on the wall. It reminded her of home and gave her the strength to keep fighting.

Now, years later, Amanda is struggling to live normally. Her friends have gone on to college while she battles PTSD. She's not getting any better, and she fears that if something doesn't change soon she never will.

Six years ago Chase Henry defied astronomical odds, won a coveted role on a new TV show, and was elevated to superstardom. With it came drugs, alcohol, arrests, and crazy spending sprees. Now he's sober and a Hollywood pariah, washed up at 24.

To revamp his image, Chase's publicist comes up with a plan: surprise Amanda Grace with the chance to meet her hero, followed by a visit to the set of Chase's new movie. The meeting is a disaster, but out of mutual desperation Amanda and Chase strike a deal. What starts as a simple arrangement, though, rapidly becomes more complicated when they realize they need each other in more ways than one. But when the past resurfaces in a new threat, will they stand together or fall apart?

With charm and heart, Stacey Kade takes listeners on a journey of redemption and love.

What listeners say about 738 Days

I would recommend this audio to ANYONE. The underlining story of learning to trust yourself again is something anyone can learn from.

Amanda. She is what every woman character should be. Anyone can breK but it's how you recover that truly is a show of your character.

What about Andrew Eiden and Shannon McManus ’s performance did you like?

They completely brought the story to life for me. The imagery was clear in my mind because of how they portrayed their characters.

A very emotional read worth the credit or purchase.

This book was so good! It was recommended by a friend, so thought i would try it out. I am so glad I did. I cannot imagine what Amanda had to go through. It takes her a minute, but she ends up being so strong. Chase was an actor who got her through the really bad times, although in real life they never even knew each other. They end up meeting under circumstances that were not the norm. Feelings develop and thank goodness this story ended with a HEA. So emotional throughout, they both deserved a HEA. The narrators, Andrew and Shannon, were amazing. They were able to pull me further into the story amd make me feel as if I were there! I am so glad I listened to this book!!

As awful as the circumstances are, both characters are equally flawed and vulnerable. I love that we meet Amanda when she Is on the verge of breaking apart from her victim status!... And Chase, from his destructive status. This story is a good balance between heartbreaking and sweet and uplifting.

It is also great to see a "victim" take control and be strong no matter how scared they are. Amanda had more cause than most female characters to be insecure/ unsafe but she remained strong and confident. ♡ her!