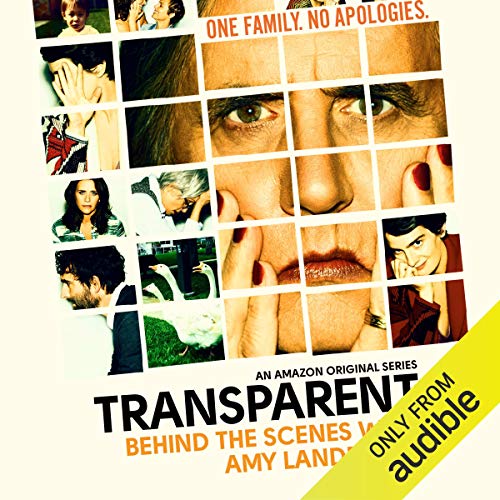 Transparent: Behind the Scenes delivers the inside scoop on the Amazon Original Series Transparent, starring Jeffrey Tambor, Judith Light, Amy Landecker, Jay Duplass, and Gaby Hoffman. It's the darkly comedic story of an LA family with serious boundary issues, whose past and future unravel when a dramatic admission causes everyone's secrets to spill out. Note: Spoilers Ahead - Transparent: Behind the Scenes interviews reveal every twist and turn of Season 1!

Amy Landecker (A Serious Man, Louie) is "Sarah", the oldest Pfefferman child, who rethinks her family life and her sexuality when she reconnects with her old girlfriend Tammy. Amy explains what it's like to work on a show that signifies a transforming TV business, discovering what's on the menu for unexpected sex scenes, and how coffee helps her reach emotional heights during a shoot.

Produced and Directed by: Susie Bright

Recorded and Engineered by OutLoud Audio

What listeners say about 4: Amy Landecker