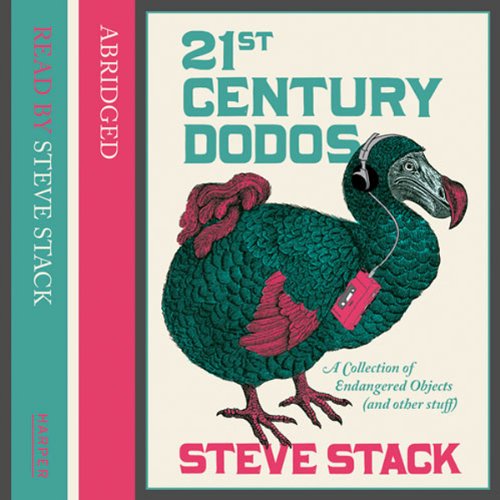 A fond farewell to the many inanimate objects, cultural icons and general stuff around us that find themselves on the verge of exctinction.

There are many thousands of endangered species on the planet. If you include animals, insects and plants then about 3 species become extinct every hour of every day. That's almost 27,000 a year. Every single one of these is, of course, a tragedy but, let's be honest, we haven't really noticed. When the last Bolivian centipede pops his hundred clogs it is sad but makes bugger all difference to our daily lives. So this book isn't about them.

Steve Stack instead investigates the many inanimate objects, the unsung cultural icons of society, which don't feature on any endangered list, don't have people raising money on street corners on their behalf, don't feature in documentaries narrated by David Attenborough, but are just as likely to become extinct. Many already have.Coke can ring pulls, telephone boxes, VHS, cassette tapes, village post offices, the test card, hand-written letters, Spangles, classic telly ads of yesteryear, Whizzer & Chips - all of these and many many more are bid a fond farewell in this affectionate, but slightly irreverent tribute.