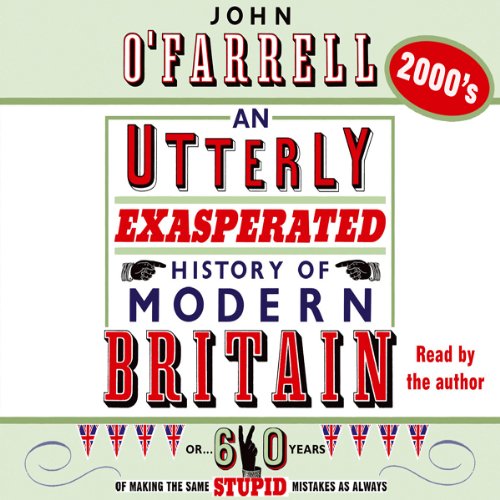 Beginning with New Labour’s pithy campaign promises such as Education, Education, Education, and ending with the worst financial crises of the last six decades, the Noughties saw Labour fade from its glimmering best to a government obsessed with ‘spin’, WMDs and watching us like Big Brother while we all watched Big Brother.

From the million children lifted off the poverty line, Britain winning the 2012 Olympic bid to the cataclysmic terrorist acts on the West, we are brought right up to date in the history of the British Isles with John O’Farrell’s utterly impartial, cantakarous journey through history.
©2009 John O'Farrell (P)2009 Random House Audio

What listeners say about 2000s