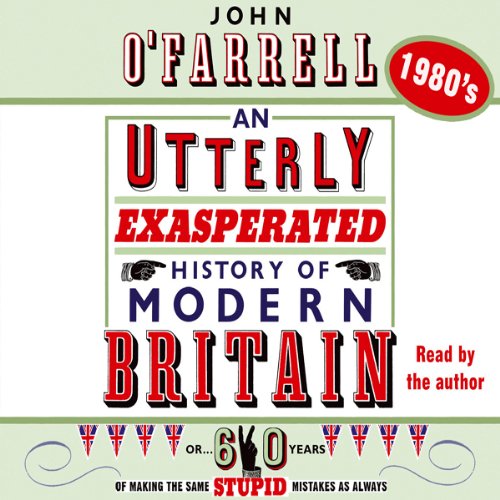 A decade dominated by the collapse of the manufacturing industry, troubles escalating in Ireland, the Falklands war, AIDs and yuppies. Not to mention the country being run by one of the most unpopular leaders of the country since polling began.

Thankfully, the marriage of Charles and Di in a spectacular wedding lifted the spirits of the nation for a while, until Di promised to love, honour and then fracture the Royal Family with a string of embarrassing revelations.

What listeners say about 1980s

We are taken through the in a very humorous and deadpan way. John O'Farrell has written and narrated this series and talks about some serious issues in a lighter way but still brings home the seriousness of the times. I have already recommended this series to my friends and hope they will enjoy it as much as I have.