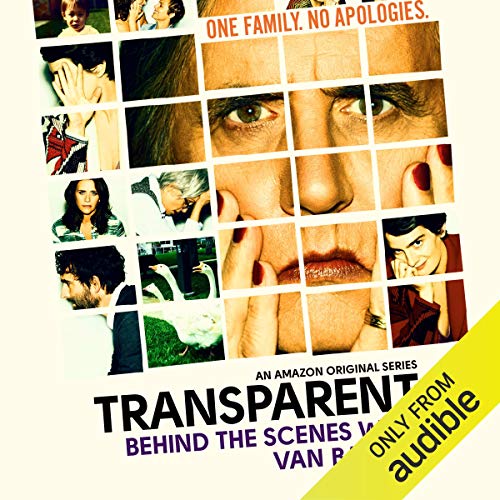 Transparent: Behind the Scenes delivers the inside scoop on the Amazon Original Series Transparent, starring Jeffrey Tambor, Judith Light, Amy Landecker, Jay Duplass, and Gaby Hoffman. It's the darkly comedic story of an LA family with serious boundary issues, whose past and future unravel when a dramatic admission causes everyone's secrets to spill out. Note: Spoilers ahead - Transparent: Behind the Scenes interviews reveal every twist and turn of Season 1!

Van Barnes, whose performance as the "Houston T-Girl" left a huge impression on viewers, shares what it was like to be an actor, set dresser, and transgender consultant on set. In this emotional and charismatic interview, she shares how her involvement in the TransFIRMATIVE action program changed the way Hollywood approaches and represents the transgender movement on set and on-screen - from writers and actors to art directors and consultants.

Recorded and engineered by OutLoud Audio.

What listeners say about 11: Van Barnes