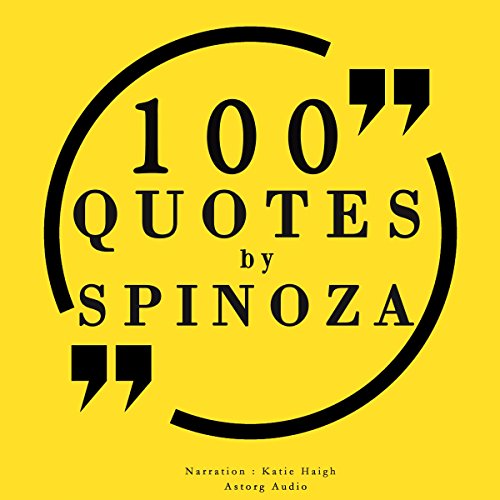 By: Baruch Spinoza
Narrated by: Katie Haigh
Try for £0.00

Baruch Spinoza has been called the Prince of Philosophers; Hegel said of him that the alternative was: either Spinoza, or no philosophy at all. By laying the groundwork for the 18th-century Enlightenment and modern biblical criticism, including modern conceptions of the self and the universe, he came to be considered one of the great rationalists of 17th-century philosophy: he had the courage to criticize the traditionalism of religion, to offer a conception of God that would be logic instead of rigidly defined by a shallow dogma.

This audiobook is a collection of a hundred quotes chosen among the most representative of his great works, so that the listener can easily familiarize himself with the thought of one of the greatest European thinkers.

What listeners say about 100 quotes by Spinoza