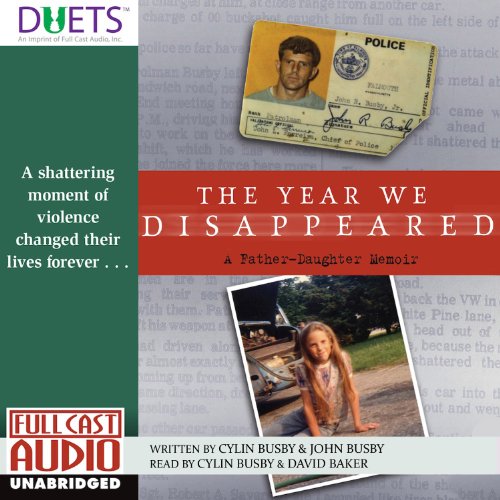 The Year We Disappeared

The Year We Disappeared

A peaceful summer night is shattered by gunfire as an unseen assailant tries to murder police officer John Busby. Though horribly wounded, Busby survives. But the perpetrator remains at large, meaning neither Busby, nor his wife, nor their three children are safe.

In separate chapters John and his daughter, Cylin, who was nine at the time, recount the story of that year. John writes graphically, and movingly, of his wounds, his pain, his multiple surgeries, and his rage. Cylin tells their story from a child’s point of view, sharing vivid memories of confusion, loss of friends, and the struggle to build a new life.

Together, father and daughter craft an unforgettable picture of fear, of police corruption, and of a malignant thug who no one dares to cross. Yet their story is also one of redemption and recovery, and ultimately of hope and healing.

Heartbreaking. Justice just out of reach.

Yes, perfect example of how bad things happen when good men stand by and do nothing. The man who shot John Busby got by with it because he was a bully who scared others into LETTING him get by with it all.

It made me feel sorry for the family, made me appreciate those who take public service seriously and made me MAD as hell at those who stand by and do nothing.