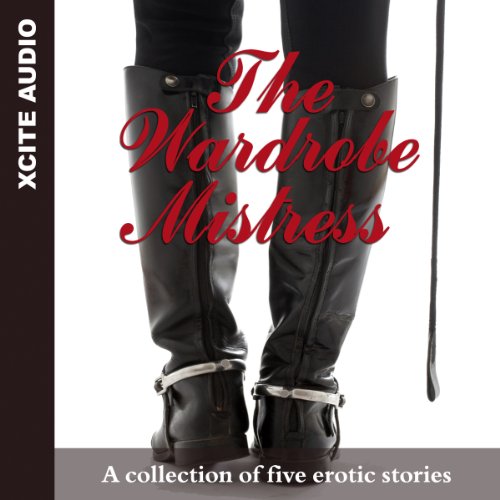 The Wardrobe Mistress by Joe Manx. She thinks she’s simply visiting her much-loved Aunt Polly to pick up some items of furniture before Polly emigrates to Australia. What she doesn’t expect is for her aunt to offer her advice on keeping her relationship hot and spicy. With Polly’s aid, she learns the secrets of dressing for pleasure, and armed with a “sexy equestrian” outfit, she sets out to give husband Matthew the ride of his life.

The Treat by Amelia Flint. Working for the stuffy old Farringtons isn’t much fun, but when money is your aphrodisiac, the perks of the job certainly make up for it. Their cleaner loves to pleasure herself in their Jacuzzi, or on their luxurious double bed. She’s sure they will never find out about her naughty antics – until the day Mr Farrington comes home from work early...

The Key by Jim Baker. Newlyweds Don and Sally have a great sex life, full of passion and inventive spanking games. When Sally finds an old key in the kitchen, it triggers visions of evil creatures that only Don can see. Getting rid of the key should solve the problem, but Don soon finds out that’s easier said than done. Can he banish the ghastly visitors before they destroy his happiness?

Los Hermanos by Mark Farley. Since her divorce, lusty cougar Siobhan has been making the most of her opportunities to hook up with men on the cosmopolitan streets of Notting Hill. Spanish architect Ruben offers the promise of some afternoon delight on his rooftop sun terrace, but Siobban hasn’t counted on the possibility of his brother taking the opportunity to join in the action.

The Waterfall by Katie Lilly. The forest waterfall is a haven of peace, away from the well-trodden tourist path. For Heather, newly single and ready for adventure, and skinny-dipping local Roger, its undisturbed pool offers a place where they can act on their mutual attraction and discover the thrills of sex in the great outdoors.

What listeners say about The Wardrobe Mistress