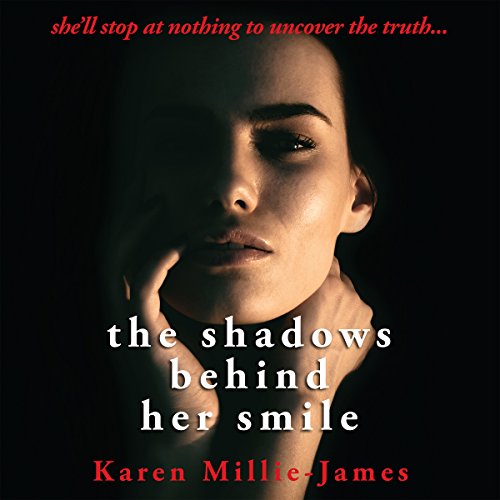 The Shadows Behind Her Smile

By: Karen Millie-James
Narrated by: Edward Applewhite
Try for £0.00

As soon as corporate forensic specialist Cydney Granger hears the crunch of tires on her driveway, she knows they've come to report her husband is dead. After all, Captain Steve Granger had barely left for Afghanistan when she'd had the first of those terrible premonitions.

Although Cydney is a psychic medium, she's disturbed by her inability to connect with Steve. But when she's contacted by recently deceased Ray Gordon, he agrees to help her on one condition - can she put a stop to his brother's greed and corruption and ensure Ray's family get the inheritance they deserve?

Sean O'Connell, Steve's former sergeant, had promised he would always protect Cydney and the children in the event of Steve's death. However, during Cydney's investigations into the scrupulous activities of two high-powered businessmen, and when George Edwards appears on the scene intent on pursuing her, Sean finds himself out of his depth.

From the heart of Cydney's corporate world in London, to the ruins of war-torn Damascus, men will stop at nothing to achieve their goals. Faced with secrets, fraud, attempted murder, and blackmail, can Cydney come out of this unscathed? And, after four years, is she ready to let Steve go?

A brilliant plot that combines the heat of the business world with the secrecy of the Special Forces.

In a genre of its own encompassing crime and mystery, this unique thriller is impossible to put down.

What listeners say about The Shadows Behind Her Smile

How can you make war, ghosts and international crime dull? Two dimensional characters and cliche after cliche, that's how. The funny moments are unintentional and the prose is truly awful. My favourite chuckle moment was his "ubiquitous sunglasses." I listened to the end as it was a book group subject and groaned when I got there. I won't spoil it though...