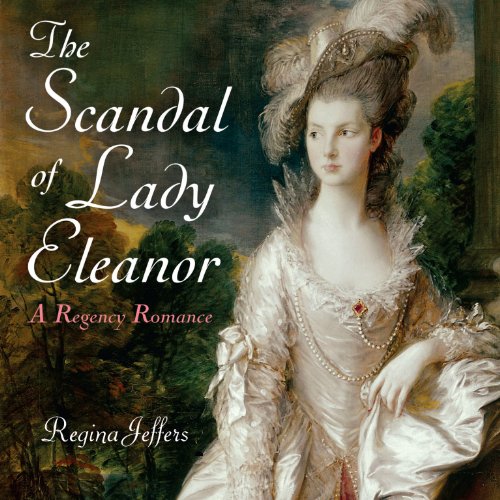 The Scandal of Lady Eleanor

By: Regina Jeffers
Narrated by: Jan Cramer
Try for £0.00

The future Earl of Linworth

James Kerrington, a key member of the British government’s secret unit, the Realm, never expected to find love again after the loss of his beloved wife. But a visit to his close friends, the Thornhills, leads to a chance meeting with Lady Eleanor Fowler. Instantly Kerrington’s whole world tilts on its axis.

The debauchery of Lord Thornhill

For years, Lady Eleanor hid from Society, knowing her father’s notorious reputation for wickedness tainted her chance forromantic fulfillment. Now with Kerrington’s advances andher father’s recent death, she is at last hopeful that her family’s dark past is behind her. But when Sir Louis Levering appears with final proof of her father’s depravity, Eleanor is drawn into a web of immorality and blackmail.

Return of the realm

To free Eleanor from Levering’s diabolical clutches, Kerrington brings together his former Realm comrades. Before they can save her, they must confront their own secret pasts and tangle with Shaheed Mir, a longtime nemesis who is exacting revenge against members of the Realm for stealing a mysterious emerald from his homeland.

What listeners say about The Scandal of Lady Eleanor

No I would not recommend this book!

What was most disappointing about Regina Jeffers’s story?

A ver obvious story and overly sexualised. I have read many regency romances including the classics and modern writers I.e. Susan Mason- Milks, Jennifer Becton, Jo Baker or Shannon Winslow who are excellent story tellers! Very disappointed I will be returning the other books I have bought written by Regina Jeffers. If you want to read a good naughty period romance you can't go wrong with Courtney Milan!

Did Jan Cramer do a good job differentiating each of the characters? How?

The narrator was the only ok thing about this book!

Was The Scandal of Lady Eleanor worth the listening time?

No this book is definitly not worth the reading time, boring!

I am visually impaired and listen to a lot of audio books, I was very disappointed with this novel! Try reading some of the authors I mentioned earlier in this review!