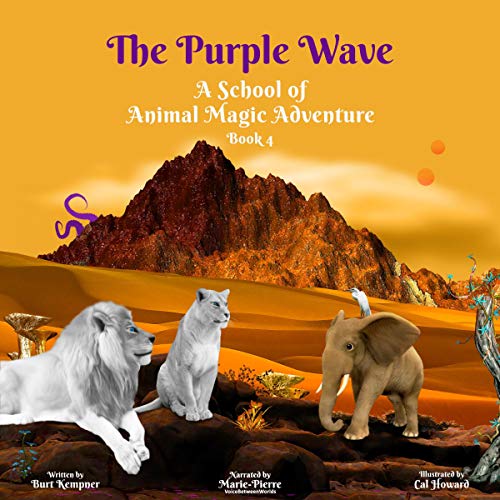 With his mysterious ability to work magic on Earth, Maliki the star-born white lion is an invaluable member of the School of Animal Magic action team. When he learns that his home planet is in great peril, he secretly teleports his fellow team members – Maisha the elephant and Jonas the cattle egret – there and tells them about a fearsome Purple Wave that could destroy his world’s civilization.

The problem is that Maliki possesses no magical powers on his own planet – but Maisha and Jonas do! Will they master their new skills in time to defeat the Purple Wave and spare the planet’s inhabitants from total disaster?

This is the wildest mission the School of Animal Magic team has ever undertaken.

What listeners say about The Purple Wave