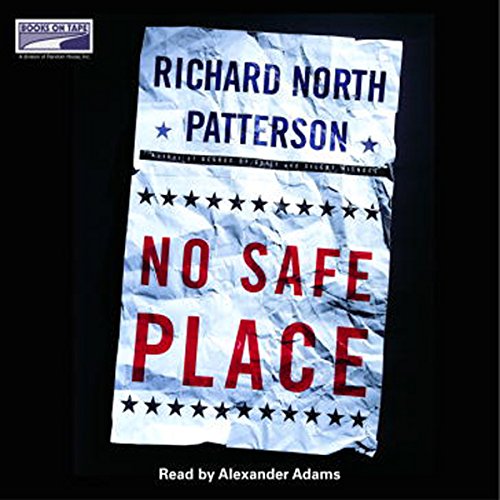 By: Richard North Patterson
Narrated by: Patricia Kalember
Try for £0.00

Senator Kerry Kilcannon's insurgent campaign against Vice President Dick Mason has come down to the last seven days. Whoever wins the California presidential primary is likely to win the Democratic nomination. And for all the votes his passions and magnetism have gained him, Kerry's problems are formidable. Kerry is haunted by the tragedy of his older brother, a presidential candidate who was assassinated in California twelve years earlier. Kerry has stumbled in his advocacy of abortion rights, and a right-to-life fanatic has pushed this explosive issue to the forefront by murdering three people at a women's clinic. In addition, a journalist is striving to verify the story that while still married, Kerry had an affair with a reporter. And now, ever more threatening, Kerry is being stalked by the abortion-clinic murderer himself. With rare authenticity, Richard North Patterson depicts the world of high-stakes presidential politics that will hold the listener enthralled from the first to the last sentence.

Please note: This is the abridged edition. An unabridged version of this audiobook is also available.

"Engrossing . . . Ambitious and well-written, No Safe Place is a sort of ethical suspense novel." (The Wall Street Journal)

"What is striking is how exactly right Patterson gets the politics and the journalism while telling a gripping tale that intertwines abuse and betrayal, ethics and ambition, romance and dysfunction." (The San Jose Mercury News)

What listeners say about No Safe Place