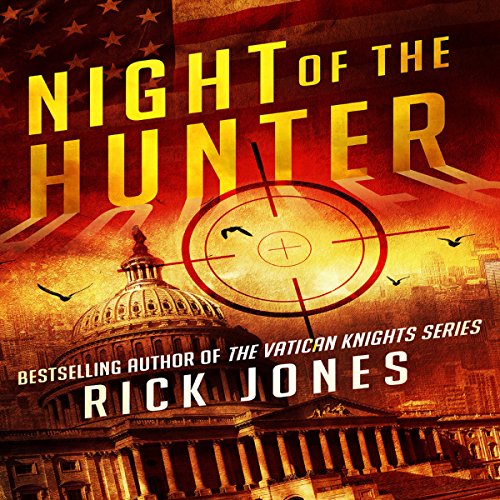 Night of the Hunter

Night of the Hunter

While on a mission in Jarablus, Syria, Jon Jericho, codename the Hunter, is severely wounded, ending his career as a Special Field Operative for Delta Force. When he returns stateside to begin life anew, he quickly finds himself caught up in a scandal involving the appropriation of documents for an undetectable state-of-the-art ICBM by the Islamic State. But what if Jon Jericho discovers something different? What if he learns that the plans were appropriated by American and Israeli intelligence and then proffered to the Islamic State? As Jericho digs deeper, he quickly draws the attention of certain CIA principals. So when a CIA paramilitary group gives chase to terminate Jericho with extreme prejudice to keep the conspiracy safe, the Hunter must utilize his special skill set not only to survive but to bring forward the hidden truth before the world erupts into global war.

What listeners say about Night of the Hunter

I normally eat this kind of writing up, but this was horrid. stopped it after 7 chapters.
I.e. one of the first paragraphs about him leaving delta..."tell the guys I'll miss them" (paraphrased) and "the guys say the hunter will always be with them in the field"..oh dear god how horridly sappy. SMU operators don't talk like that ...hell legs from national guard units don't talk like that
Lastly...the narrator is a robot. seriously.
save your credit/cash or Joe Ledger or Tier One novels