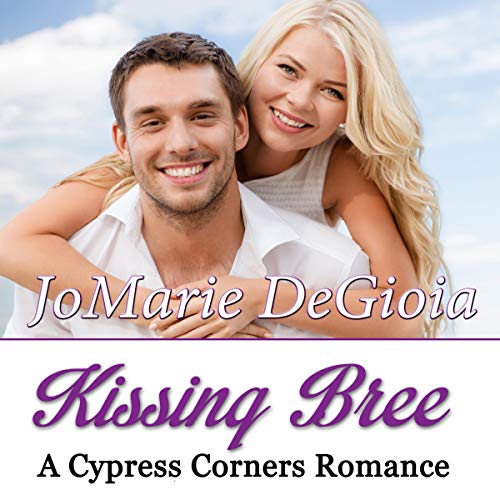 The guy who hides behind a cool mask

The girl who feels she can’t live up to expectations

And a love that can see through to the inside

Corporate lawyer Derek Stone is respected and valued at Chapman Financial. Raised in a privileged world as the son of a highly successful Boston attorney, he's hidden the ugly truth of his father’s drunken abuse for years now. When he's offered a new job at Cypress Corners as in-house counsel, he sees it as a chance to keep his mother safe from his father. And maybe start a new life for himself.

Bree James ran from her own country club life a year ago when her grandmother passed away and left her financially independent. She's been living and working in Cypress Corners since, but has yet to begin her own life. She longs for something real to hold onto but doubts she'll ever find it.

Derek and Bree see a lot of themselves in each other, and neither wants to acknowledge their attraction. Bree maintains her cool facade while Derek fosters the stick-up-his-butt reputation that preceded him to Cypress. But that all changes in a second when he kisses Bree.

Can the two of them let down their guard long enough to see what's right in front of them? Or will their insecurities about the past keep them from their possible future?

What listeners say about Kissing Bree

Derek is moving from his life in Boston & starts his new job as in-house counsel for a real estate development in south FL. He meets Bree, one of the sale ppl for the developer & feels the sparks. However, Derek has a past w an abusive father & does not let ppl into his life. Bree is also running from a ‘country club life’. With all of the baggage and insecurities that this pair is carrying, will they ever have an HEA? Throw in the abusive father stalking his ex-wife, nosy small town matchmaking and there isn’t a dull moment in Cypress Corners. Loved this fast paced, sweet read.
I was given a complimentary copy of this book in exchange for an unbiased review.

Two people who raised in upper-class families and who despise their upbringing are meet in a small town in the wok environment. The sparks fly between them right away but they both too afraid of relationship to acknowledge their feelings for each other. It takes family involvement to open their eyes and see the truth. This book has a few hot moments, some drama and a lot of romance.
The narrator did a great job and made this book very pleasant to listen to. She is great in female and male voices.

Cypress Corners is always a great place to visit! You get those familiar characters, even when they don’t all show up, their is mention of them. It’s like visiting family. Derek and his mom are the newest members of the community. Bree has not been in the community long either and is trying to find her place. Derek and Bree kinda form their own support system for each other and well things go from there!
Great Job on the narration!
Note to the author: Lettie and Mr Chapman 😉

Just couldn't get into this story

In fairness to the author, I did not finish this book, so my review is based on reading only about half of the book. There isn’t much I liked about this book. The premise was weak and the characters seemed pretty shallow. I just could not find anything of interest to hold my attention. I was listening to the audio version and even the narrator didn’t appeal to me. I just had no interest in the story or these characters and what happened to them.

Would you consider the audio edition of Kissing Bree to be better than the print version?

I loved the audiobook version of this book. I think the audio would be better than the print version due to the terrific performance of the narrator.

I really enjoyed both Bree and Derek, but think Derek was my favorite due to his subtle strength and inner character

What about Wendy Rich Stetson’s performance did you like?

She is able to have so many distinguishable characters and has the ability to perform the fitting emotions.

I requested this review copy audiobook and have voluntarily written this review. I think this book is my favorite of the series.

I felt so much for this couple!

This is another great audio book by the DeGioia/Stetson combo. The hero, Derek, is trying to shake a rough childhood and is finding a place to start over for his mom as well as for himself. He takes a job in Cypress Corners. Bree, is already a resident of Cypress Corners. She, also, was after a fresh start. The two have no desire for any relationship, but can't seem to resist the other. As they begin to trust each other, will they begin the healing process that the trauma and turmoil of their families brought to them?
I really liked Derek. I think he's my favorite of the males in this series so far. He just had a strength about him that I really liked. The abuse he suffered from his father was heart wrenching and made it impossible not to get behind his character. So glad he found Bree!