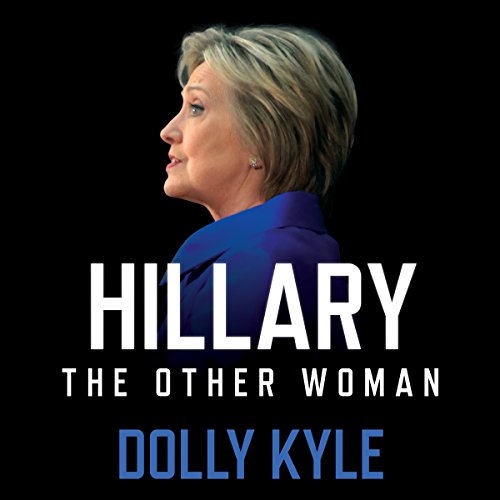 Hillary the Other Woman

You think you know Hillary and Bill Clinton pretty well. After all, they have been in the public eye - from Arkansas to the White House and beyond - for over 40 years.

Dolly Kyle met former president Clinton ("Billy", as she calls him) on a Hot Springs golf course when she was 11 and he was almost 13. It was colpo de fulmine (the thunderbolt) at first sight. Their friendship grew throughout high school and college. It became a decades-long affair that lasted despite marriages and politics - all the way to the threshold of the White House, when she became a political liability and he threatened to destroy her, as Hillary had done to so many of his other women over the years. What you know about the Clintons is probably limited to the pleasantries that the mainstream media have chosen to share with you. Hillary the Other Woman pulls no punches in describing the way media magic makes Clinton stories disappear.

What listeners say about Hillary the Other Woman

Enjoyed the book very much. A great reminder of the Clinton era. Do we really want a repeat performance?

TRUTH BE TOLD by Dolly Kyle

CHEERS!! For Dolly, in exposing the morally corrupt Clintons. Bill and Hillary need to be stopped. They have plotted and laughed at all law abiding citizens. America is tired of their narcissism.

The Real Hillary "Not My Fault" Clinton Story

I loved this book. She could be the false profit. By her agenda and mean spirit being hid away. I'm sure she has dirt on everyone on her side. Including the media. All those "ooops" missing FBI file which she later found on her desk!!??!! Really... and she hates blacks. Oh my!! Well like they say "dumb nigger IS as dumb nigger does"!!

Make up your own mind.

In the spirit of full disclosure I tend to lean conservative after learning about the Europes migrant crisis.
Now, I like to listen to the truth about the Clintons. This book, well accounted and without prejudice is an impartial look into who Hillary and Bill really are- very dark people.
Listen and make up your own mind.
If you are a Hillary apologist, you might never believe her but it is well worth listen.

You would never hear what Dolly has to say from any other media source. A must read for Clinton loathers.

Dolly has so many stories and encounters with the Clintons and gives a great inside look at who they are.

Narrator did a very good job, as well. The author presented a very compelling case for the validity of her understanding of the subject matter.

inside the Clinton machine

Dali, great job exposing the Clinton crime syndicate. They have been 34 years and everyone is afraid to speak the truth. I am impressed with your courage to step out and speak the truth. keep your head down.

Must Read Before Voting

I believe this exposition of the Clintons. They are and have been dangerous, predictable, and dishonest in their interpersonal life, governing decisions, and whatever they have said and will say in the future. Bill is a weak man without Hillary and she does not have an original thought without Bill and the others in her life. Neither one has a capacity for true human relations. Whatever they touch turns to garbage.
We must look our political and social system for having participated in the fiction of these 'as if' and sociopathic personalities. Parasites who have brought the country down and which it probable won't recover.
Dolly Kyle has beaten them both but will those who hear her story think and decide based upon our survival?
Dolly Kyle has won the battle with Hillary but it may be too late.

THE UNVARNISHED TRUTH ABOUT THE CLINTONS.

What other book might you compare Hillary the Other Woman to and why?

Have you listened to any of Teri Schnaubelt’s other performances before? How does this one compare?

NO. THIS ONE IS EXCELLENT.

BEHIND THE MASK OF THE CLINTONS.

EXCELLENT BOOK! I HAVE LISTENED TO IT THREE TIMES.