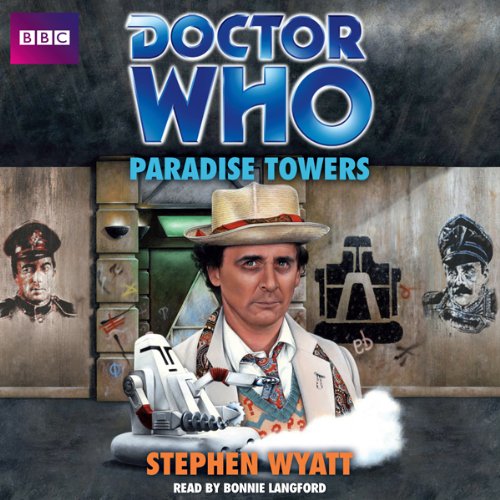 By: Stephen Wyatt
Narrated by: Bonnie Langford
Try for £0.00

Much in need of a holiday, Mel and the Doctor head for Paradise Towers: a luxury man-made planet with sparkling fountains, sunny streets, exotic flowers and a shimmering blue swimming pool. But when the TARDIS materialises in a dark, rubbish-filled, rat-infested alley it seems that this particular Paradise has turned into Hell! Pursued by rogue cleaning machines, authoritarian caretakers and old ladies with strange eating habits, the Doctor and Mel track down the source of the chaos to one mysterious character - the designer of Paradise Towers, the Great Architect himself... Bonnie Langford, who played Mel in the original TV series, reads Stephen Wyatt's complete and unabridged novelisation, first published by Target Books in 1988.

What listeners say about Doctor Who: Paradise Towers