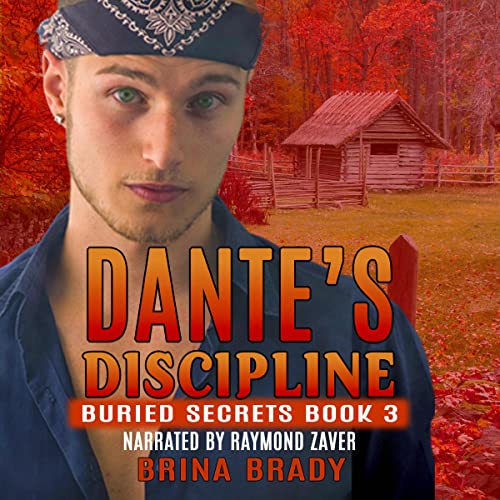 By: Brina Brady
Narrated by: Raymond Zaver
Try for £0.00

Gang member Dante Medina committed an unforgivable offence against his family, friends, and gang. It was only a matter of time until his homeboys would jump him out of the gang or worse. His life in East Los Angeles as he knew it would end at the age of 24.

His father sent his two older brothers to take him to his aunt’s house in Santa Monica. Dante thought his family was working together to save him from the gang, but that wasn’t what happened.

Ex-army officer, protector and dom, James chose to protect Dante. He is warned to never break the security rules and to accept James’s decisions at all times, or his punishment will be harsh. Dante happily accepted the rules and consequences of the Gay Protection Society conditions.

Unfortunately, no amount of protection can alter the gang’s determination to take Dante down for good.

What listeners say about Dante's Discipline

Loved the story and performance

I loved Dante and James! Dante starts out so lost and needing some major help not just to stay alive, but to gain self-esteem and lay down a heavy burden of guilt he's carrying around. James steps up and is just the strong figure Dante needs to guide him, love him and convince him he's going to be there forever and never give up on him. The suspense plot plays out nicely to get the Gay Protection Society involved and it's great to see Rafe, Alek and all the other couples from the previous books showcased again in this book. I really enjoyed Raymond Zaver's performance. He was suitably bratty for Dante early on when he was lost and defensive and then changed his performance as Dante became secure with James. His version of James was just as I imagined him, strong, firm but also compassionate and loving.

Really enjoyed this book. This author pulls you into the story.
The narrator as usual was spot on. Couldn’t stop listening. Roll on the next book.

If your only sin were being gay, that would be bad enough, but to be gay and sleep with someone from a rival gang, puts a mark on you, but did it deserve a death sentence?

Raymond Zaver did a good job of the narration, but I always speed it up to on audible to help my ears.

I received this audiobook for free from the author, and my review is my opinion and an honest review.

I loved this book. Raymond Zaver really brings this story to life and makes you love the characters even more. Dante Medina is a gang member and when he does something that is considered a crime again the gang they want to hurt him. His father sends him away escorted by his two brothers. He thought his father was going to help him. When all goes wrong his one brother takes him to his aunt's home and she found him help with the Gay Protection Society . James chooses to protect Dante. With danger all around can James and Dante both find happiness and safety?