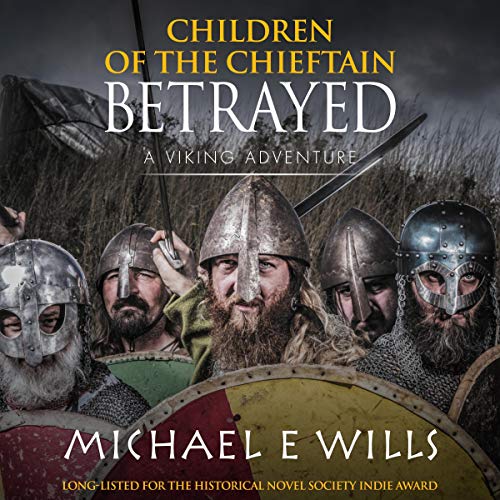 Children of the Chieftain: Betrayed

By: Michael E. Wills
Narrated by: Michael Wills
Try for £0.00

The year is 950 AD and the story starts in the town of Birka on an island in the great lake which covers a vast area inland of what is today Stockholm. It was a wealthy town at the center of an international trading network where merchants from as far afield as Turkey, Russia, and Ireland met to buy, sell, and barter. The wealth of the island also attracted unwelcome visitors and frequently the Birka warriors had to defend their homes and families against gangs of Viking raiders.

The warriors always managed to vanquish the attackers until one day they were tricked by the most feared and fiendish foes, the Jomsviking. These raiders had their base on an island north of what is today Poland and roamed the Baltic waters looting coastal towns and capturing men, women, and children to sell in slave markets in Europe and the Orient. When the adults from the town of Birka were kidnapped by the Jomsviking raiders, Ahl, Ingir, and their friends manage to avoid capture. They set off in pursuit of the raiders’ ships on a quest to rescue the island prisoners. But how could a group of 20 teenagers succeed against a fleet of Viking ships?

What listeners say about Children of the Chieftain: Betrayed

Don't judge a book by it's cover.

I requested this book because I was really looking forward to a new viking saga. Unfortunately that's not what I got. Honestly, the best part of this book is the cover illustration. So where to start...

1. The author did very little research (in my humble opinion) before writing this. You may ask why I say this? Well lets take a look at some things. The author refers to the spiritual leader as "Shaman." However, the correct name or word for such an individual is "Gothi." Next, when the author is describing the statue of Odin, he describes the All-father as having two eyes that seem to follow you. Odin has only one eye. He removed his other eye as payment to drink from Mímir's well to gain knowledge.

The author's description of the clothing was inaccurate. Referring to tunics as coats and or shirts. The overall characteristics and personalities of the characters are also off for that time period. Just poorly thought through with the storyline. The list goes on and on.

2. I have never been a fan of the author being the narrator as well. The way the narration makes the "Shaman" sound is like that of a spooky story told around a campfire with a group of grammar school kids.

This book could have had a lot of potential. With a little more research into the subject matter. I guess this would be alright as a children's book (as long as you don't care about the inaccuracies). By children, I mean 5-8 years of age. It is definitely not a serious viking saga.

I received this review copy free of charge at my request and have voluntarily chosen to leave an unbiased review.