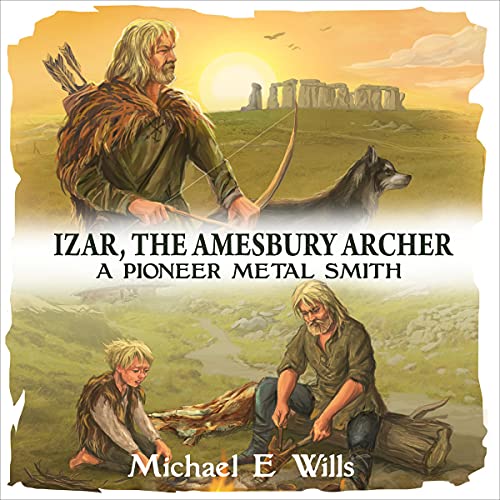 Amesbury, just two miles from Stonehenge, is regarded as one of the oldest towns in Britain, with evidence of habitation for more than 5,000 years. In 2002, a male skeleton was discovered there. It had lain undisturbed for almost that length of time.

Archaeological research showed that the man was born almost a thousand miles from where he died. He had lived in the period when the Stone Age was ending and the age of metal was dawning. The numerous items buried with him give tantalizing clues about his way of life. In addition to archery equipment, there was evidence that he had been a pioneer metal worker. This is the story of how he could have lived and died.

What listeners say about Izar, the Amesbury Archer