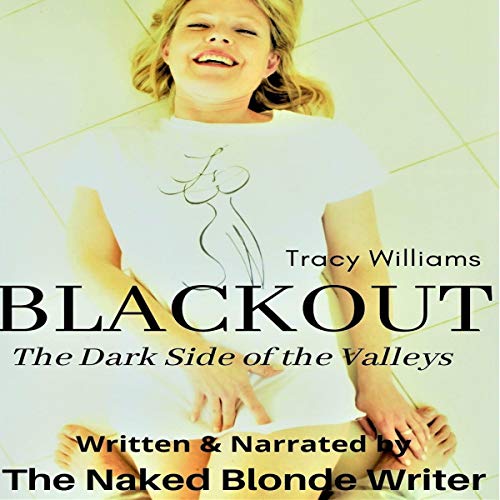 Blackout: The Dark Side of the Valleys

Wales versus England. Ambition versus apathy. Technology versus Mother Nature. Tonight's the night: Ready for a fight?

Beneath the blackout of oblivion caused by alcohol, drugs, and abuse of power, which has all but destroyed a seemingly irrelevant community, lays chronically unexpressed human love.

Two generations after the coal mines closed down, a metaphorical blackout has seized control of a tiny community in the South Wales Valleys. Life is truly toxic for Tessa, a factory worker who makes clocks by day and drinks herself into oblivion by night. Trapped not only in her own situation but also by her abusive mother, Tessa has one ambition left: to become the human resources manager at the Tick-Tock factory. Meanwhile, the London-based owner of the factory sends his son to do the job, but Sam wants to be a famous musician instead.

In a fit of despair, Tessa screams the Welsh National Anthem on top of the Brecon Beacons. There, she meets Sam, who recruits her as his "backing singer", convincing Tessa that, in the year 2000, there is only one ambition worth pursuing: fame.

Amidst much abuse from her mother, Tessa quits the council estate and moves in with Sam, unaware of his true identity. Sam quickly finds himself the target of a culture in which there is no "Welcome in the Hillside", as the popular myth would have strangers believe. Driven by his obsession for fame and armed with state-of-the-art technology, Sam sets out to control Tessa’s every move while simultaneously maintaining a false identity for himself. Determined to supersede the condescending title of "backing singer", Tessa sets out to prove Sam wrong about absolutely everything. The idyllic rural setting becomes a stage for psychological warfare in which class, gender, and history clash to the point of catastrophe.

When a blackout plunges the valley into darkness, Tessa and Sam are forced to face each other and their innermost selves. In the unfamiliar silence of a candlelit power-cut, they exchange genders for one night, giving them the opportunity to finally know human love.

Blackout is an exploration of the way in which crushed communities nurture a legacy of self-abuse as the only option for survival. In these small and seemingly tranquil valleys, all truths are blacked out. Tessa believes she is the last in a long line of 100 percent Welsh women. She is purportedly the first in her family to ever leave Wales. Is it possible to take the girl out of the valley? Or even the valley out of the girl? Sam intends to try. Through their quest for world domination via the medium of popular music, both characters discover terrifying and tantalizing aspects of their own true nature. Meanwhile, the sins of their parents sit quietly waiting in the shadows for the right moment to reveal the darkest truths.

What listeners say about Blackout: The Dark Side of the Valleys