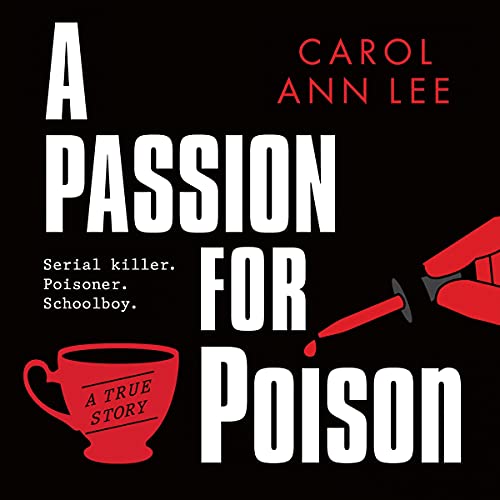 A Passion for Poison

'The whole story is so terrible. You will be disgusted and amazed.' (Graham Young, confessing his crimes to detectives)

There are few criminal cases more astonishing yet less well-known than that of Graham Young. A quintessentially British crime story, it involves two sensational trials, murders both certain and probable, a clutch of forgiving relatives, and scores of surviving victims.

A Passion for Poison tells the absorbing life of master poisoner, Graham Young, who killed many 10s of people in a murderous career, which began as a 13 year-old schoolboy in a north-west London suburb, with the murder of his step-mother in 1960 before culminating in four further life sentences in 1971.

Best-selling true crime writer Carol Ann Lee takes the listener on an extraordinary journey through suburban streets with which we are all familiar, but where the commonplace - dull, even - soon becomes oppressively sinister. Set against the backdrop of modern Britain, from post-war austerity to the gloom and glam of the 1970s, it sheds light on a rapidly changing society and a gruesome British true crime story.

What listeners say about A Passion for Poison

apart from all the voices sounding like they had come out of London in the 1800s .....
Very in-depth detail in this book, so you understand every individual, not just the perpetrator and his actions. Well written, well read for the most part. Worthwhile.

only got this book because I had heard of young but knew very little about the case.found the book very detailed and insightful I must for any true crime buff