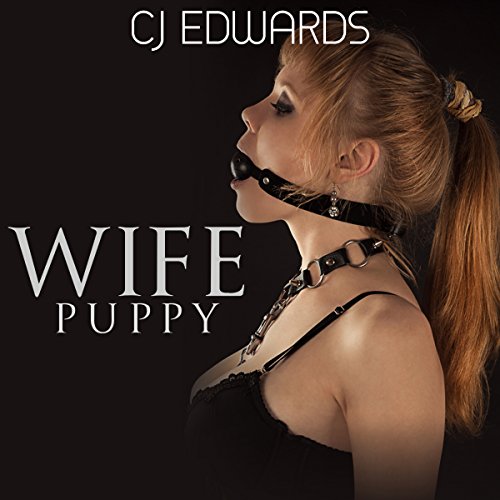 Submissive wife Suzi was auctioned for charity and to her surprise, ended up as the weekend property of a pair of wealthy wives. She had already indulged many of their fantasies but now found herself on her hand and knees, being treated like a dog.

The two women at the table didn't rush themselves, enjoying a leisurely breakfast and a catch up with old friends. Suzi heard the conversation gradually wind down and then her owners stood up, along with several other men and women. "Who's ready for some good old-fashioned dog breeding then?" Charley asked the room and several enthusiastic people agreed. Suzi flinched at the word breeding but then she was on the pill so that shouldn't be a worry. What was a worry, however, was the size of that big black cock. She seriously doubted whether she would be able to take it.

Suzi was led off again on her hands and knees, this time accompanied by several of her friends from the auction but this time she didn't dare speak to anyone. Puppies can't talk!

They crossed the dining room and went out on to the long corridor, ending up in a big room with a wooden floor that hurt her knees. Gritting her teeth, she kept going until she was led on to a thick rug and allowed to sit. The other puppy bitches were on similar rugs around the room. Several of the smart men from last night stood around watching and two of them carried a heavy padded frame over; dropping it in front of her. Charley patted the top. "Up you get Suzi, there's a good girl!" She climbed up and found it was designed to support her lower back, holding her rump high in a very obvious position that held her pussy wide open for anyone. Charley quickly located the straps on the frame and wrapped them securely around Suzi's wrists, thighs, ankles, waist and finally her neck. She was now completely immobile; and available.

"That's a good doggie," said Charley. "We're going to need you nice and secure when Satan mounts you."