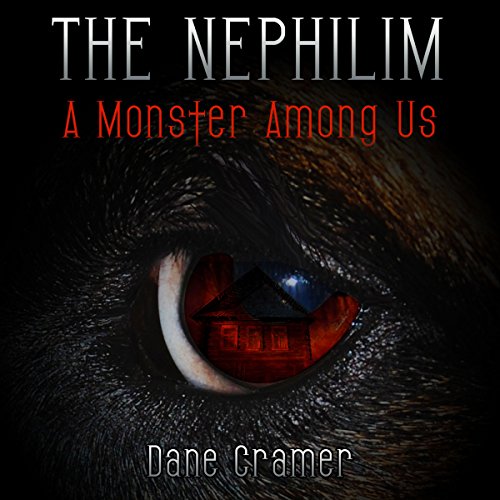 The Nephilim: A Monster Among Us

A mysterious and terrifying Creature is stalking the woodlands surrounding the quaint, mountainous town of Lycona. Frightened and searching for answers, the people turn to Benjamin Walker, a handsome Native American drifter who has wandered into the area. He explains that the Creature is the fabled Nephilim of Genesis: part human, part spirit. Deputy Cliff Janowski launches a hunt for the Creature, but he is stymied by the crippling haunts of his past. He must ultimately decide if he can face his sins. Benjamin's influence begins to undermine the Bible and the faith of the small town. Only Pastor Sandy Kelly stands in his way. But Sandy's faith is under attack. His life has been shattered by the revelation that his father, a former pastor, has turned his back on the church. Sandy's faith is inspired by the beautiful Ellie Lawson. Her unexplained aloofness, however, causes Sandy to question her past. As Benjamin's grip on the town increases, Sandy is challenged to find the strength to rekindle his relationships and the faith to engage in a spiritual battle for the souls of Lycona. The Nephilim: A Monster Among Us is a fast-paced, thriller novel with a faith-based theme.

What listeners say about The Nephilim: A Monster Among Us

Where does The Nephilim: A Monster Among Us rank among all the audiobooks you’ve listened to so far?

This is near the top of my enjoyment list. A good story with a good ending.

A good variety of characters all of whom seemed plausible.

Would you consider the audio edition of The Nephilim: A Monster Among Us to be better than the print version?

Having not read the print version, and not being much of a reader I was delighted to get this book on audio.

I enjoyed listening to the story every day on my ride to and from work. It made the ride interesting and I was excited each day to listen to what was going to happen next.

Which character – as performed by Tom Mehesan – was your favorite?

Hubcap Harkham, only because I think I could play him in the movie version of the story, LOL. Actually, Sandy was my favorite probably because he was the cornerstone of the story. It was interesting to see how the story revolves around Sandy and how important he was to the community as well as the storyline of this book.

If you could rename The Nephilim: A Monster Among Us, what would you call it?

I would not rename! The author did a great job.

I enjoyed this book and thought that it was a great first book by this author. I hope that he continues to write books in the future.

Loved the story line! It kept me on the edge of my seat, ready for the next event to take place. The man who read the story brought each character to life! The readers mature voice gave a comforting feel, maybe as a parent reading to me or a campfire story teller. I hope that there may be a Nephilim 2 in the works😄

Great book from a great guy.

I myself am not much of a reader, but Danes book kept me interested. Would recommend.

What other book might you compare The Nephilim: A Monster Among Us to and why?

Not much of a reader.

Have you listened to any of Tom Mehesan’s other performances before? How does this one compare?

Tom did a great job playing out the characters.

I really enjoyed Dane's book. I hope he writes more novels. This was just a wonderful book.

Though the narrator has a general voice I like and would appreciate reading a non-fiction, it was not the best fit for this story. I struggled with some of the voices he used. The story, though was good enough to keep me listening. The characters were well written with definite ans distinct personalities... the monster... I wanted more of the monster, but- all in all, it was a decent read.

Where is the monster, don't expect a fallen angel on a rampage or bigfoot Type story.
Long pretty drawn out story about humans are The real monsters.
And the nephilim is there for religious something or other To make you feel spiritual I guess.
You're better off skipping this book and get a bigfoot audio book instead Any of them is better than this.

No Monster Among Us.

Spoiler alert! There is no monster in Monster Among Us. Maybe I missed that in the description. This was a good human interest story, but I foolishly kept expecting the "monster" to be a monster. Just so you know: The only "monsters" in this book are human.

Love the subject matter but the book lacks depth in the overall story. Would love to have more specifics of the debate scene seemed as if the author struggled to finish the book.

Can't get it to open up

I'd really love to hear this audio book and continue to do business with you but if I am already having problems with this in trying to hear it and it is only a free trial I will not continue to do business with this company and I would have been very upset had I paid for this book and can't even use it.. I will try a few more times to get it opened and if it hasn't opened after that then its safe to assume that I will be cancelling my membership with yall... Beth Stephens