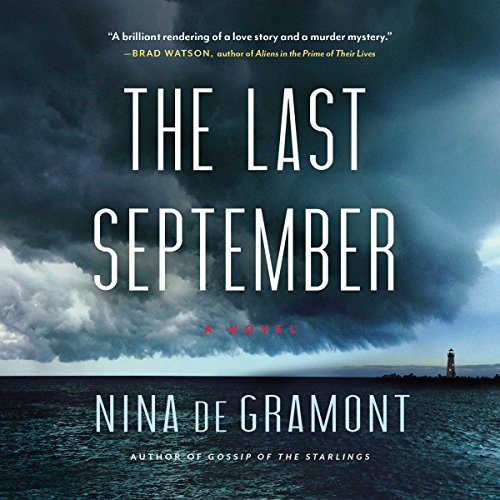 By: Nina de Gramont
Narrated by: Rebecca Mitchell
Try for £0.00

Brett had been in love with Charlie from the first day she laid eyes on him in college. When Charlie is brutally murdered, Brett is devastated. But, if she is honest with herself, their marriage had been hanging by a thread for quite some time - especially after Charlie had an affair. The recent reappearance in their lives of his unstable younger brother, Eli, further strained their relationship until Brett, ever steadfast in her devotion to Charlie, began to question her own commitment in the days leading up to his death.

Though all clues point to Eli, who's been in and out of psychiatric hospitals for years, any number of people might have been driven to slit the throat of Charlie Moss - a handsome, charismatic man who unwittingly damaged almost every life he touched. Now, looking back on their lives together, Brett is determined to understand how such a tragedy could have happened - and whether she was somehow complicit.

Set against the lush yet desolate autumn beauty of Cape Cod, The Last September is a riveting emotional puzzle. Award-winning author Nina de Gramont takes listeners inside the psyche of a woman facing down the meaning of love and loyalty in a mesmerizing novel that is as moving as it is unpredictable.

What listeners say about The Last September

1st half is terrific, 2nd half steadily downhill

This book would be 5 stars across the board had it been at least 30% shorter. After the midpoint it became so repetitive, uninformative, seemed like the author was getting paid by the word. I speeded it up to 1.6x just to get through the plot. The characters never developed beyond the midpoint of the book, In fact, as the story got more complicated, the characters became more simple and unlike real people. Fairy tale characters.

I think the narrator is fine, but she was stuck with the material--her repetition of the same phrasing, the same descriptions (curls, curls, curls), made it tedious to listen.

The good news is that the storyline was interesting, especially the very real experience of the family with Eli's struggles. 5 stars (or more if possible) for that aspect. The other characters were very 2 dimensional including the main character.