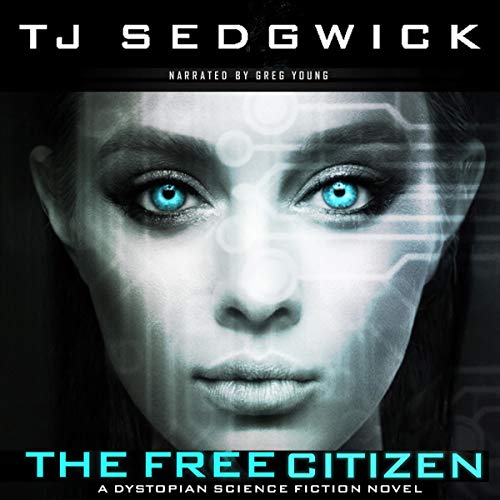 Earth, 2082. Operative Calvin Rae infiltrates an enemy space station to steal a revolutionary prototype on behalf of President White, Father of the Renaissance. But the Space Station Erasmus is infected with the alien parasite which has spread across Europe and now threatens the American Union’s 12 Sanctuary Cities.

Back home in Sanctuary City Chicago, his wife awaits his safe return behind the city’s huge perimeter walls. She is one of millions of citizens kept safe by the Regime, safe from the alien threat and from the millions of illegals and terrorists hunted in the American Badlands or destined to become Serviles. Obedient. Useful. Disposable.

With his cybernetic enhancements to guide and protect him, Calvin Rae will strike down the enemies of liberty.

But not everything is as it seems. When Rae encounters a familiar face on the Space Station Erasmus, a whole new world is revealed to him. In this dark playground of illusion, he uncovers a greater threat than he could have imagined.

Can he thwart the terrifying plan in store for humanity? And can he and his beloved Cora escape as free citizens?

What listeners say about The Free Citizen