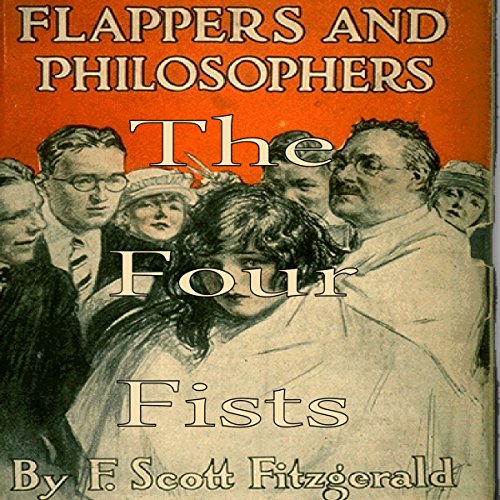 By: F. Scott Fitzgerald
Narrated by: Mike Vendetti
Try for £0.00

The title of this short story by F. Scott Fitzgerald is a bit deceptive and doesn't do this story justice. The four fists are actually four very valuable life lessons delivered with a fist.

"I suppose that there's a caddish streak in every man that runs crosswise across his character and disposition and general outlook. With some men it's secret and we never know it's there until they strike us in the dark one night. But Samuel's showed when it was in action, and the sight of it made people see red. He was rather lucky in that, because every time his little devil came up it met a reception that sent it scurrying down below in sickly, feeble condition. It was the same devil, the same streak that made him order Gilly's friends off the bed, that made him go inside Marjorie's house.

If you could run your hand along Samuel Meredith's jaw you'd feel a lump. He admits he's never been sure which fist left it there, but he wouldn't lose it for anything. He says there's no cad like an old cad, and that sometimes just before making a decision, it's a great help to stroke his chin. The reporters call it a nervous characteristic, but it's not that. It's so he can feel again the gorgeous clarity, the lightning sanity of those four fists."

What listeners say about The Four Fists