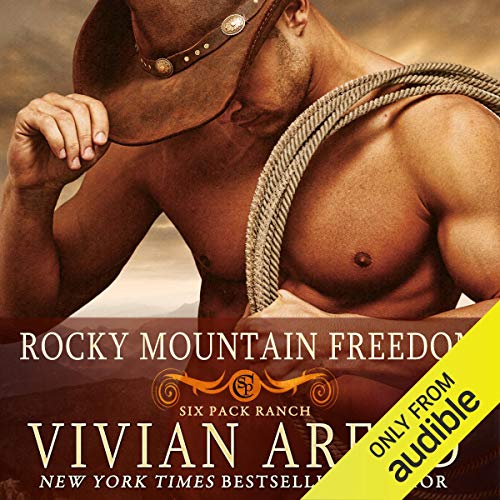 Three hurting hearts. Too many secrets. One chance to conquer their fears.

Over the past year, Travis Coleman lost the two people he allowed closest to his heart. Both gave him ultimatums, then left. Hell if he needs that kind of pain again. It's time to move forward without the friends he thought might save him from his dangerous cravings.

When Ashley Sims returns to Rocky Mountain House, her rambling lifestyle isn't all she's hoping to change. Travis snagged a piece of her, and while getting tangled in his issues again might be crazy, she hasn't given up on him.

Nine months ago, Cassidy Jones walked away to stop his best friend from making a huge mistake. Temptation lingers, though, and when Travis shows up on his turf accompanied by a sensually uninhibited woman, the combination tosses fuel on the banked fire.

Passion flares among the three of them, as hot as the summer days. But are they willing to push the limits and fight for love?

Warning: This audiobook contains dirty fighting, dirty talk, and dirtier sex. Secrets are coming out. Get ready for ménage a trois and cowboy-on-cowboy action, with ropes, and crops, and the kind of relentless love strong enough to set a man free.

Very good love story but not for everyone

The story is a very good one and different but if you have any hang ups about sex/relationships between two men then the book is not for you. I bought the book without reading a lot of reviews just because I had read and liked some of the previous ones on the series and at first I thought about returning it. However since I do not have an issue about bisexuality or homosexuality and I saw the story did have some back bone I decided to continue with it and really liked it.

This was absolutely the best book yet. Full of the naughty bits (extra naughty tbh) but the storyline is so riveting I finished in one day.

This book is hot and sexy definitely a must read! Exotic and heart warming in a weird way. One of my favorites thus far.

Words is not enough

This story about 3 people with very different background coming together is very well written.

Ashley is a free spirit, Cassidy is hiding from himself and Travis is trying to not hurt other people in his life.

All the challenges these 3 meet on their journey is huge and still they manages to come through it together.

I like that the story is realistic in some ways, for me it makes me enjoy it even more. The storyline is good and the characters are well described so I feel like I know them.
No unnecessary descriptions of surroundings and lots of dialogues......perfect!

If you want to read only one ménage story I recommend this at the moment. It has hotness, love ❤️ challenges and HEA.

If I could give more stars ✨ I would.
This is the second time I read this book and I liked it even better now because I have it in audio and the narrator is great.

This was a very well written book! And I loved the dynamic of all three lovers learning to love one another individually, and then coming together as a whole.

Great character development. Deep understanding of some of the prejudices that still exists in our society today.

My Favorite in the Series!

Steamy, laughable, and a tear jerker all at once. Travis, Cassidy, and Ashley are perfect for each other. I loved how the story developed and intertwines with the other six pack stories. This is my favorite of the series books.

Not what I thought was going to happen! But a great love story!

It is not my cup of tea. But I love how it shows people how as long as you love someone that is all that matters.

The Coleman Family Dynamic Is Missing-I Missed It!


I adore the Six Pack Ranch and the Coleman family of books. However, this one was not a favorite. There was constant sex. Sex between Travis, Cassidy & Ashley. All three at once, two of them, the other two & the other two… Other than that there really wasn't much.

I was missing the tie to the other Colemans and the Six Pack Ranch. It was there in the very beginning, they went away for the summer to help a group start up, and no contact until the very end and that was it.

As I write this, I am discovering that that was my biggest problem with the book. There was barely any interaction with the family members.

While there was lack of interaction with the Coleman family we are introduced to the Thompson Family, a spin off that the author has made about brothers that own a garage. If you like motor heads, you'll like them. You can see my review for the first book here:

The writing is definitely Vivian Arend but it did not meet up to the plot of past books. That disappoints me a little. I love the series in its entirety, this was just a weaker book. I'm so excited to read the seventh book in the Six Pack Ranch series. It is next on my reading list.

The narrator was fine. As with most of my books I sped it up just a little bit 1.2 5X, much better.

Thank you for reading my review. If it help help to you in determining whether or not to buy this book, would you please select yes below this line? Thank you.