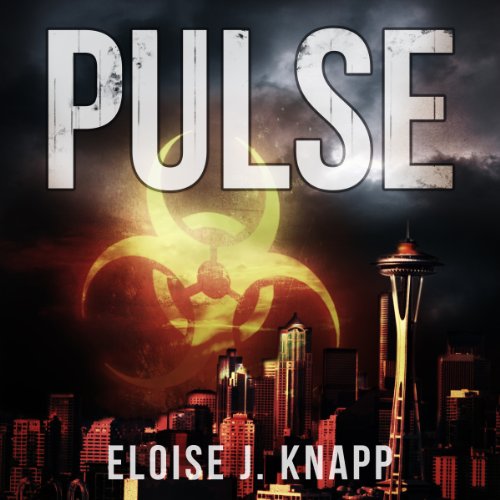 Everyone thought the world would end in a rain of atomic fire; no one suspected it would come from a piece of bad fish.

An unidentified and aggressive illness begins spreading in North Dakota, and the nation panics. People are becoming sick, losing their minds, and murdering each other in disturbing ways. The government is struggling to come up with a solution, but as the epidemic mutates within the civilian population, its grip grows stronger.

Dom is thousands of miles away near Seattle, witnessing his city collapse. The pandemic hasn't even reached them, but people are panicking and rioting as though it's already there. Holed up in his apartment with his best friend and girlfriend, Dom fears the worst.

Dr. Adam Baker dreamed of a different life; one full of scientific discoveries and not a failed marriage and twin daughters who hate him. But when the opportunity to make a difference arises and his team has to find a solution to this national crisis, he finds that what he wanted is more than he bargained for.

Who will survive in the wake of this devastation?

What listeners say about Pulse

SHE BENT DOWN AND SUCKED OUT THE MUSH FROM HIS EYE SOCKETS
I ended up liking this, after thinking I was going to give up on it. The writing is not top notch. In the beginning we are told things, not shown and it takes a long time to get any investment into the characters. The narrator almost ruins the whole thing. Some people like to say they could listen to a certain narrator read the phone book, well this guy reads actions scenes like he is reading the phone book.

I stayed with it mostly for the science and the creativity with the infected. The infected are not really zombies, as others have said. I am not sure if they ever actually die, before turning. They are also as fast as regular people and are as smart as regular people. They remember their past before they got infected. They are infected with a parasite that swells their brains, which makes them want to kill. Parts of the book are pretty gross. They whole thing is started by fish that have been radiated by the leaking nuclear reactor in Japan. I had the fun of listening to this the day after having fish for dinner. Knapp also does things I beg other writers to do, such as put us in the head of the infected. We get to see life as they see it.

I normally love a book or hate it. This book is a middlen book. The author is still young and she shows promise, but she is not yet a She-King. Something in my gut tells me she is an author to watch.

If their is sequel, with a different narrator I will buy it. I also listened to The Undead Situation a few years back and I will someday get to the sequels of that book.

If you have a weak stomach, this book is not

First thoughts about the cover of Pulse? A contamination symbol over a city? Hmm… Outbreak story! YES! What sort of cataclysmic event will unfold in this story..? I felt chills chase up and down my arms at the prospect of delving into such a story.

This story starts with bad sickly fish. Yes, fish. Makes me afraid of sea food. I love the idea of this. It brings the idea of something this horrible being possible. The main character is Dom. Dom is your typical male. Silly, sweet, funny, heels over head in love with his girlfriend… There are several stories going on at once, but they all tie in together eventually. One of the other characters to watch/listen is Adam. Adam is a CDC scientist trying to figure out a cure for this infection.

She stunk of sour milk and dumpsters. That line made my nose snarl up and my stomach clinch. I like that the ‘zombies’ could do rambling crazy talking. This gave the story just that much more horror to it. The end of chapter six was both horrible and awesome. I loved how the crazy zombie lady filleted someone alive.

These ‘zombies’ are infected with a parasite rather than a virus. The parasite they have affects the brain. More or less making them completely base instinct, no moral compass bonkers. It reminds me of the movie The Crazies.

What makes this a good book to read/listen to is the fact that it makes this seem simi-plausible. The ‘What if’ lingers. With strange things happening in the world today, the ‘What if’s’ are all to real. It brings to mind of outbreaks like Ebola, the Flu, Encephalitis. Ironically it mentions a general link to Ebola in chapter seventeen or eighteen.

Over all I enjoyed this story. It had a new twist to the ‘zombie’ vibe. I liked that. The narrator is Michael Bower. He has a nice voice. Sharp, crisp, and edgy at the right times. Perfect for a story like this. The book is 4 hours, 55 minutes, and 38 seconds long. The author is Eloise J. Knapp.

Warning - If you have a weak stomach, this book is not for you. There are lots of blood, guts, and horror, exploding stomachs, torture, and creepy parasites that will haunt your dreams.

This book left me with the feeling that things can change quickly. Sometimes things are completely out of our control. The best we can do is to keep ourselves safe. Try to keep those we love safe. And try to avoid those that would drag us down into their madness.

It just seemed like she just suddenly decided its over right in middle of story.

It is pretty rare that I don't finish a book once I start but this one goes on the unfinished list. It starts off with an interesting concept: radiation causes a mutation in a parasite found in fish that once ingested by humans attacks the brain turning the infected into "zombies". I have a hard time the "undead" zombies so this was a good start. Unfortunately it was all down hill from there.
The implausible idea that the parasite would attack the brain as well as gestate and grow in the abdomen as well as be flowing through the blood stream is a little too fiction for me. I prefer more science and less fiction in my novels.
Aside from this, the book was just plan gross and too much gore for no more reason than IMO to try and be shocking. It added nothing to the story and just made me disgusted.