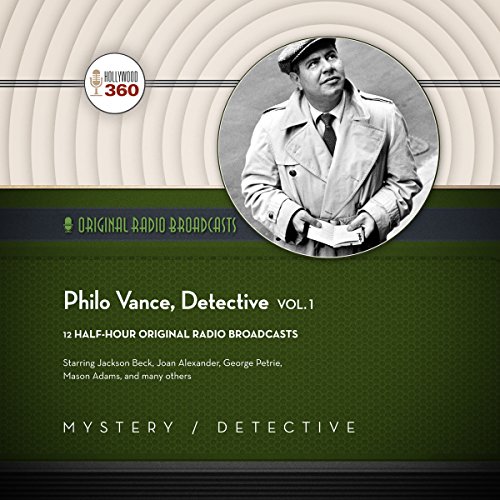 Philo Vance is a fictional character featured in numerous crime novels written by S. S. Van Dine, published in the 1920s and 1930s, who was later revived in film and on radio and television. During that time Vance was immensely popular. He was portrayed as a stylish, even foppish dandy, a New York bon vivant with a highly intellectual bent - America's Sherlock Holmes. He worked closely with his secretary and right-hand woman, Ellen Deering, and his pal, John Markham, New York County district attorney - not that Vance needed any help solving a crime.

I really love the Philo Vance Stories.
The cast is great, but the old time radio trailer music should honestly be cut out. It's really nerv wrecking. And not in a good way.