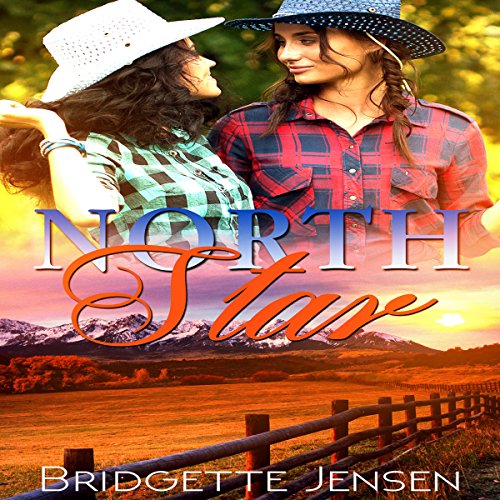 L.A.-based journalist Megan Hill is a true town mouse. She loves her permanent cell signal, her shitty public transport, and her Starbucks on every corner - and all of that is about to disappear for an entire summer. Soon, she's going to regret suggesting a "town vs. city" article for the next magazine issue, as it's her the magazine is sending to Iron Road, Utah to make the report.

Out there, she'll find Jessie North, the confident and cantankerous owner of North Star Books in the small western town - and apparently the only out and proud lesbian for miles around. Jessie has no fear and no filter, and it's gotten her into quite a few confrontations over the years. Maybe it'll get her into a confrontation with this Barbie doll of a city girl who's just turned up.

Only...Megan and Jessie don't hate each other like it seems they should. There's something pushing them together - and it's not just Jessie's mother. Whatever fairytale or chemistry is drawing these two women to each other, it's drawing them pretty strong. Whether it's strong enough to resist the hate of homophobic Iron Road residents and a cruel, cruel request from Megan's editor, however, has yet to be seen.

What listeners say about North Star: A Western Lesbian Romance

Expensive for a very short story

Unfortunately this little lesbian story is disappointingly poor value for money due to its length in relation to price. (I didn't realise it is such a short story.) I would rate it 1 star due to value for money but that seemed unfair on the writer who is good and, especially, the narrator who is excellent.

Predictable in Spots, but Well Written and Sweet

Like most women, lesbians in particular I'm a sentimental fool who loves nothing more than a sweet story about two women falling in love. Jessie has a harder shell than Megan but in the climatic scene Megan displays her inner badass (hope I can use that word w/o earning the ire of the Audible censors) in an excellent verbal slap down. Jessie's mother Wanda would at the initial perusal seem to be too good to be true, but her character is revealed to be human in a couple of conversations with Megan. This is an excellent short story, and at it's low price it is a must have.