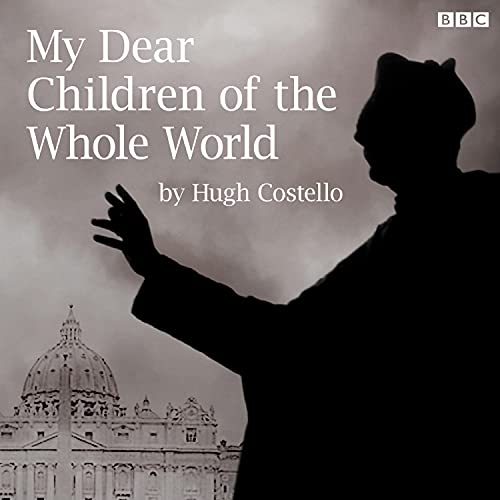 By: Hugh Costello
Narrated by: Hugh Ross,Nick Dunning
Try for £0.00

Vatican City, December 1942. As war rages across the globe, Pope Pius XII prepares to deliver his annual Christmas message. It is perhaps the most important public address he will ever give. This BBC Radio 4 play explores the Pontiff's thoughts as he faces the starkest dilemma of his reign. Originally broadcast as the 'Saturday Play' on 29 January 2011, 'My Dear Children of the Whole World' stars Hugh Ross as Pope Pius XII. For months beforehand evidence has been growing of a vast, organised genocide of Jews and other races in German-occupied lands. Now the Vatican is coming under increasing pressure to speak out against Nazi atrocities. In private audiences, the British and American ambassadors to the Holy See urge Pius to show moral leadership by explicitly attacking Hitler in his Christmas message. Yet Pius is reluctant to specifically condemn the Holocaust.

He is concerned that speaking out risks making things worse. As Pius writes and discards draft after draft of the message, it becomes clear that there are other factors to explain his ambivalence. Europe's future seems to hang in the balance between Nazism and Bolshevism, and it is the latter ideology that he most fears. Stars Hugh Ross as Pope Pius XII and Nick Dunning as Sir Francis Osborne. Also featured amongst the cast are Pat Laffan, Patrick Fitzsymons, Stella McCusker, Stuart Milligan, Colin Stinton and Christine Kavanagh. Directed by Eoin O'Callaghan.

What listeners say about My Dear Children of the Whole World (BBC Radio 4: Saturday Play)