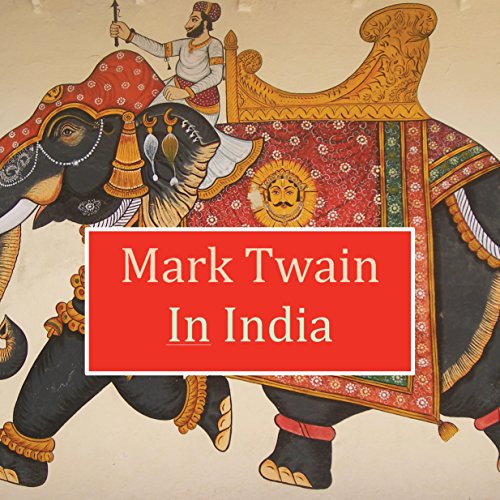 By: Mark Twain
Narrated by: Christopher A Leonard
Length: 7 hrs and 20 mins
Categories: Classics, American Literature
5 out of 5 stars 5.0 (1 rating)

By: Mark Twain
Narrated by: Christopher A Leonard

Back in the mid-1980s when I was teaching in Warren College at the University of California, San Diego, we were required to use Mark Twain's famous book, Adventures of Huckleberry Finn, in our classes. However, we were cautioned beforehand that certain words that were in common usage in the 19th century (such as the n-word) were no longer acceptable either in speech or print today. But instead of editing out those offensive words, it was believed that keeping the older text intact allowed us an historical and psychological glimpse into the mindset of the people living at that time, even if they contained only a partial glimpse of a certain class. I mention this because in re-reading Mark Twain's book, Following the Equator: A Journey Around the World (from which we have specifically excerpted his reminiscences of India), it becomes almost immediately apparent how dated the language is and how some phrases may be regarded as totally inappropriate to today's modern ear. But we have made no attempt here to alter Twain's words in any way, believing that it is important not to alter such since the document provides the interested listener with a fascinating social telescope into a time far gone. Having myself been to India nine times (and most recently in the fall of 2014), much has changed in this wondrous country over the years even if many parts remain the same - so much so, in fact, that one imagines that Twain himself would acknowledge the semblance. The following book focuses only on Mark Twain's time in India during the first few months of 1896.