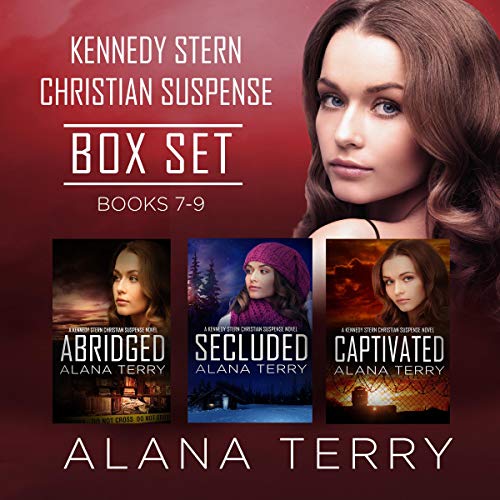 By: Alana Terry
Narrated by: Keli Douglass
Try for £0.00

Kennedy thought she was in danger before, but she hasn’t seen anything yet.

Being kidnapped, getting beaten up by a belligerent cop, and finding herself on a hijacked airplane might have been scary, but nothing can prepare missionary kid Kennedy Stern for the faith-stretching trials that await her during her last two years of college.

Download this three-in-one bundle now to listen to the dramatic conclusion to the Kennedy Stern Christian suspense series.

This series a wonderful way to witness to young people going away to college . Powerful!

Alana Terry is getting better with each book

This whole series has been really good. I am certain each book got better than the last.

With this last book I found myself laughing out loud and also on the “edge of my seat” through many of the moments.

Well done Ms. Terry! Well done. Thanks so much for the good read!

Seriously, within just a couple of years, WAY too much happens to just one person. Think of something you wouldn't want to experience - it happens to Kennedy. And she's just too whiny for me. Had the experiences been dolled out to different characters, I might have actually enjoyed it. Yes, I bought the series, more to see if they got better - NOPE. I will say, yes, this series is clean, not too much "in your face" Christian, but to just one person... come on.