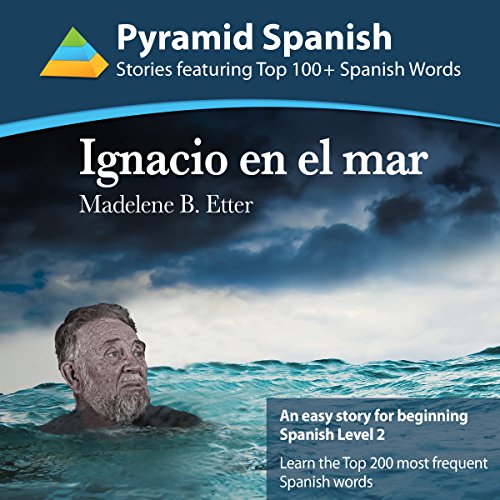 A perfect companion to the Kindle version of Ignacio en el Mar. Acquire the most useful Spanish words in a story format. Ignacio el el Mar incorporates most of the top 200 most frequent words in Spanish, for example, has (tiene), sees (ve), also (también), and works (trabaja). As you hear the words used in the context of the story, you learn to use them in your own conversation. This audio is entirely in Spanish while the Kindle version offers line-by-line English translation of the story. Maximize learning by listening as you read along in Spanish, referring to the English translation as needed. Next, listen without reading and see how much more you understand. With repeated listening, you will understand the entire story and acquire the words you are most likely to encounter in daily Spanish conversation. Ignacio is a strong eighty-year-old man who loves the sea. One December day as he spearfishes alone in the coral reef off Key Largo, the sea is not so kind to Ignacio. His love of the sea turns into a challenging fight for his life in the dark open ocean. Based on the true account of Ignacio's ordeal as told to the author by Ignacio and news articles of the event. Professionally narrated by a native Spanish speaker so you hear clear pronunciation. A fun and effective way to teach yourself Spanish and learn to use the most useful words!