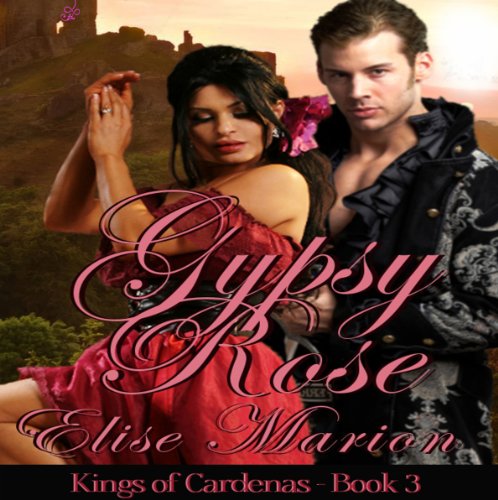 Tatiana Angelo always dreamed of a life of opulence and glamour. When her cousin became the wife of the King of Cardenas, she was swept away by the intrigue and decadence of palace life and became the jewel of the royal court. Catching the eye of a rich and titled lord seemed like a dream come true, but a few months after their whirlwind elopement, Tatiana found herself abandoned by the man she once thought loved her. Now, all she wishes to do is return to her previous life, one of simplicity and freedom. When Adrian Wilshire enters her life, Tatiana is certain she's found in him the freedom and passion she desires. Despite the scars left on her heart by her past love, she throws caution to the wind and opens herself to the possibility of a future with him. But when the truth of his identity comes to light, the pain of his betrayal is too much to bear. Yet, despite her anger and sadness, she finds that turning her back on him will be harder than she could have ever imagined.

Can Adrian fight the dangers of the present and the ghosts of the past while claiming the fickle heart of the Gypsy Rose? Can two broken hearts find comfort in each other and lasting love? Elise Marion's Kings of Cardenas saga continues with a story of heartbreak, passion, deception, and love.

I liked another book by this author, but I found this book overly dramatic & unnecessarily too long. There was a whiny kid voice aspect in this book as though it was a 9th grade love story trying to sound adult. Much of what occurred in the book was treated as though there was no need to have a basis or explanation but only enough just to will it into being. But it's wasn't enough for me. However, the immediate love that was destined is explained and acknowledged as strange, which is uncommon and good. So often, books just treat the immediate love thing as the norm and as though the characters don't realize that it's not the norm. But that alone still left the story wanting.

So much more than just another romance

I am not a huge romance fan but this story is so much more than that. Its a gripping tale of deceit, betrayal, murder, piracy, and love. The characters are well defined and multi dimensional. As the narrator, Kate Walsh, brought the story to life all around me.

Which character – as performed by Kate Walsh – was your favorite?

I adored Kate Walsh's performance of Tatiana. All of the characters were preformed spectacularly but Tatiana was my favorite. The accent was simply intoxicating. I could envision the character right before my eyes.

Without spoiling too much of the story, when Tatiana and Adrian finally accept each other with all their faults, heartaches, and scars I could not help but cheer them on.

I cannot wait to find additional audio books narrated by Kate Walsh. I cannot say enough about her hypnotic voice. She is by far one of the best I have heard.I am a huge fan of Elise Marion's paranormal romance series and I must say I find myself wrapped up in the spell that is the Kings of Cardenas. She is a talented author with a flare for adding mystery and intrigue. There is a gripping story and not just sex in her books. I love that she has substance and not just fluff.

Bravo!!! Bravo!!.. This story falls on the heels of the lives of Gypsy cousins. The first one get the eye of the 3rd son of the king. They fall in love then the 3rd son becomes king. The Gypsy family members are involved in "Court" of the upper crust. (But no one knows they are gypsies) The leading cousin from the 1st book in series his happily married with children & the royal brothers have accepted their lives & roles. This book is about the little cousin living in the palace that was fooled by evil insane jerk that "married" her just to take her virginity. Then left her. She later finds out that the jerk has done the act before & was already has married. He had left his 1st wife & kids several years ago. The jerk is mentally ill (syphillis). So criminally ill that he forces sex with his twin sister by getting her addicted to drugs. (ick) This story finds the younger (gypsy) cousin falling "in love" AGAIN.. Dropping her panties AGAIN after briefly meeting a handsome stranger that they both (he/she ) feels is destiny...Turns out the handsome stranger is the half brother of the Mentally ill jerk. Things get really bad due to mis trust (on both sides) and rumors and gossip ruin EVERYONE'S good times..

This was a great story to listen to. It made me want to slap the the 2 main characters. In the male leads defense. He want to wait befor getting intimate so fast.. SHE pushed it. The story has some sad and scary situations with great fight scenes & suspense. Descriptions of different races and sexual orientation. Even women warriors. (cool) However, I did cry at the end. But, Elisa Marion did a wonderful job writting this story and Kate Walsh's accent and talented voice was wonderful. I assume there is another book after this one about another member of the gypsy clan. Can't wait. This was worth every penny and more.. THANK YOU Elise Marion for an exciting tail that seemed to include so many types of people.. Thank you.. MORE PLEASE.. Perhaps one about the african amazon warrior wife?? I didn't read who she was matched up with on the security team...Gotta be amazing story there.