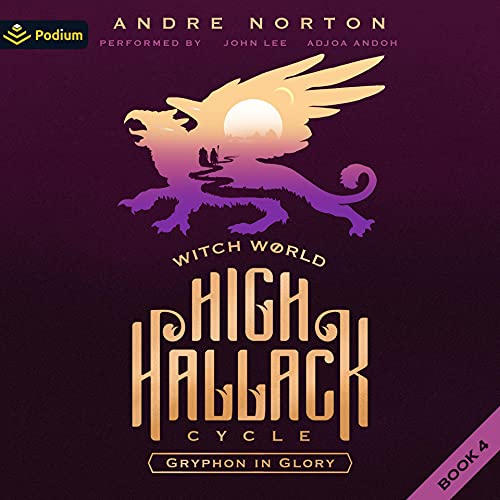 By: Andre Norton
Narrated by: John Lee,Adjoa Andoh
Try for £0.00

Nominated for a Locus Award, this fantastical novel by the Science Fiction Writers of America Grand Master Andre Norton continues the epic Witch World saga, where the destiny of two embattled lovers may decide the fate of all....

Kerovan of Ulmsdale released his wife, Joisan, of all obligations to him. Though their love is unbreakable, he could not burden her with his unrest as he was beckoned to wander the Waste in search of his true destiny.

But Joisan, unable to bear his absence, leaves her refuge to find him. And with both of them gone, the Dales are sure to fall under the power of the Dark as the shadows of evil begin to rise across the land. Even when they are reunited in the Waste, Kerovan cannot open his heart to his beloved. Not as long as the mystery of his lineage remains. Undaunted and guided by the powerful crystal gryphon given to her by Kerovan, Joisan refuses to leave his side. For it will take both of their great wills to confront the horrors of the coming Darkness.

Gryphon in Glory is the fourth book in the Witch World: High Hallack Cycle, but you may enjoy listening to the series in any order.

What listeners say about Gryphon in Glory