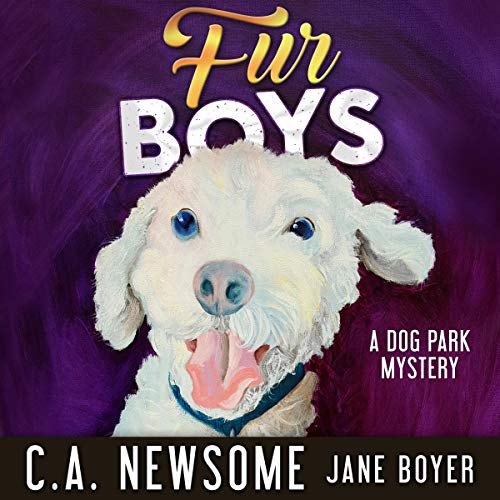 By: C. A. Newsome
Narrated by: Jane Boyer

There's no end to the drama when Lia stumbles on a dead diva.

Talented, charismatic Dr. Geoffrey Lawrence has manipulated students and staff at Hopewell Music Conservatory for years, destroying lives and careers at whim. No one knows this better than Hannah Kleemeyer, the school admin who plays nanny for the professor's trio of adorable dogs.

Lia's mural commission at Hopewell and her friendship with Hannah place her at the center of the drama when the Machiavellian voice professor is murdered, drama heightened by the theatrical tendencies of the suspects and further complicated by the terms of the professor's will.

The solution to Lawrence's murder lies with his many victims, but the detectives assigned to the case are more suited to rousting gang-bangers than eliciting shameful secrets. Meanwhile, a mysterious informant is determined to involve Lia's beau, Detective Peter Dourson. It's a case Peter can't touch now that Cincinnati has created a centralized unit to handle homicides. With Peter hamstrung by departmental politics and the assigned detectives barking up the wrong tree, it will take Lia and the dog park gang to unravel the truth.

The Fur Boys are Buddy, Dasher, and Rory, the three small dogs belonging to Professor Lawrence, voice professor at Hopewell Music Academy, and often in the care of Hannah, Hopewell's trusted admin. Hannah and Lia Anderson are loosely acquainted, and that's the connection that helped land Lia her latest commission, a mural at Hopewell.

When Lia gets four tickets to a school concert, she and Peter go with Peter's partner Brent and another cop, Cynthia, they're expecting a night of lovely music. Instead, they get a murder investigation, when Professor Lawrence is found dead of having had his head bashed in. Unfortunately, he had a lot of enemies; it would be easier to list the people who didn't want him dead.

Fortunately, it's not Peter's case. It goes to the citywide homicide unit. Unfortunately, the detectives assigned are two of Peter's least favorite, the pair he and others refer to behind their backs as Heckle and Jeckle.

And somewhere there's an anonymous informant who is determined to keep Peter involved in the case.

Lia and her dog park friends swing into action once again.

Peter and Lia's relationship continues to develop, as do they as characters, as well Bailey, who is the dog park regular who plays the biggest role in this particular story. We continue to learn more about other characters, too, and everything feels steadily more textured and real. This is a series that just keeps getting better. Highly recommended!

I received a free copy of this audiobook, and am reviewing it voluntarily.