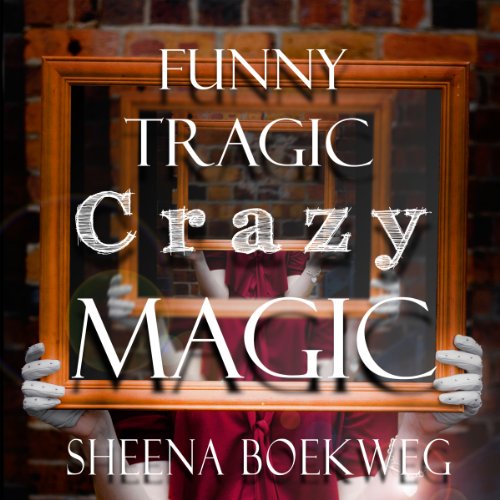 Keep your head down. Don't make waves. Don't let anyone know you're a freak. LARISSA ALVAREZ is a witch. Magic was useful enough to make her pretty, but beyond transformation runes, Larissa has ignored her mom's pleas to learn about her magical heritage on the grounds that it's just too weird. But when her family is killed, and the powerful book of runes Larissa was supposed to inherit disappears, she realizes she's not going to survive without magic. Worse still, she's falling in love with her only ally, her best friend Joe, who has a secret that could kill them both. Now magic is the only way she can reclaim her heritage and save the boy she loves. Larissa dives into the world of magic she's always ignored and finds herself caught in the middle of an age-old war between Witches and Mages. She may be poorly trained. She may not have anyone to trust. But it's time to start making waves.

Good beginning and middle, not a very good ending

This book broke my heart. I was at first completely hooked: in the beginning, middle and almost to the last few minutes of the narration, you're truly enjoying the story, and then wham! Everything goes horribly wrong so quickly and you're left wondering, what?? It hurts, because this story has it all: there's action, romance, humor, tragedy, mystery and magic. The main character is likeable, for once you get a strong female lead who doesn't wimp out easily, while she's also a real girl with real insecurities. Now, I understand that the writer might be trying to prove a point at the end: how an impulsive, desperate move might change your life completely, and maybe how courage can't make up for inexperience when one's opponent is someone much older and powerful. But the lesson is brutally learned, in my opinion, and although there were hints all along that something bad will happen, it still took me completely by surprise by its harshness. Mostly, the cliff-hanger left me with a frustrating, uncomfortable feeling that was completely out of tune with the rest of the story, which is too bad, because the majority of the book is very enjoyable and well written.

It’s been awhile since a book really surprised me. I loved this!! Perfect magical book.

Which witch is which?

An interesting story of magic users and abusers running through a maze of character uncertainties.

it was a good read but if I read it myself
I would have put it down before finishing
narrator was great!

Great book. good clean fun for anyone. Can't wait for the sequel. There so much more to be explored.

I was totally fooled!!!! That was such an evil plot! Good thing I didn't turn it off when I thought it was over like I almost did. gaaaaaaaaaah!