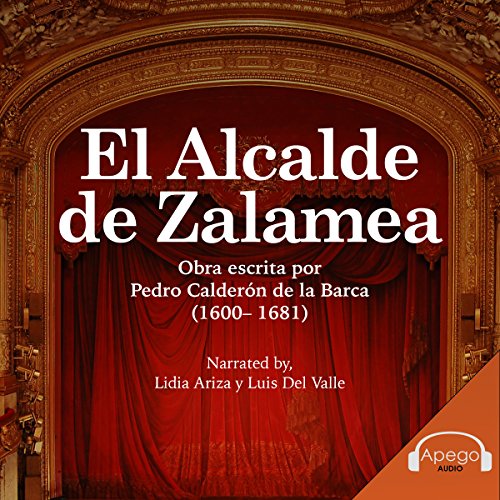 El Alcalde de Zalamea is a play written by Pedro Calderón de la Barca (1600 - 1681) during the Golden Age of Spanish drama. It was probably written in 1636. It pays homage to a play by the same name by Lope de Vega, which it surpassed in fame through its superior character development, becoming one of the most well-known plays of its time. This play has three acts that explore the power of the self-made man against the political authorities of 17th century Spanish society, and the continuous struggle between corporate and individual honor.

Please note: This audiobook is in Spanish.