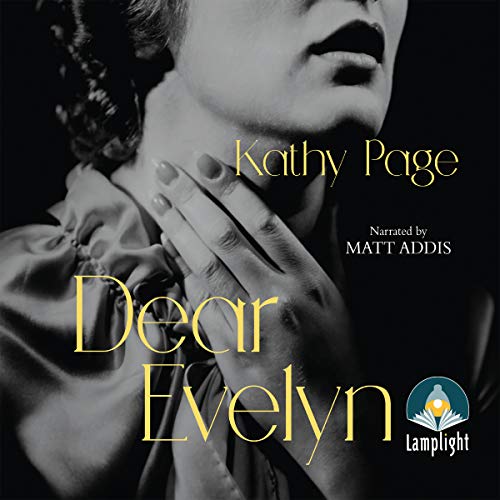 Born between the wars in a working-class South London street, Harry Miles is a sensitive and capable boy who attends school on a scholarship and grows into a thoughtful young man. Full of energy and literary ambition, he visits Battersea Library in search of New Writing: instead, he discovers Evelyn, a magnetic and independent-minded woman from a street not far from his own.

This is an unconventional love story about two people who shape each other as they, their marriage and their country change. From London before the sexual revolution to the lewd frescos of Pompeii, from the acrid devastation of Churchill's North African campaign to the cloying bounty of new-built suburbs, Dear Evelyn is a novel of contrasts, whose portrait of a 70-year marriage unfolds in tender, spare and excruciating episodes.

What listeners say about Dear Evelyn

Didn’t know what to expect from this book ; read a review lately and decided to give it a go. So glad I did it’s a wonderful story - a love story I suppose though perhaps slightly one sided! Evelyn is a force to be reckoned with but I think we all know or have met people with such strong personalities I found the story fascinating