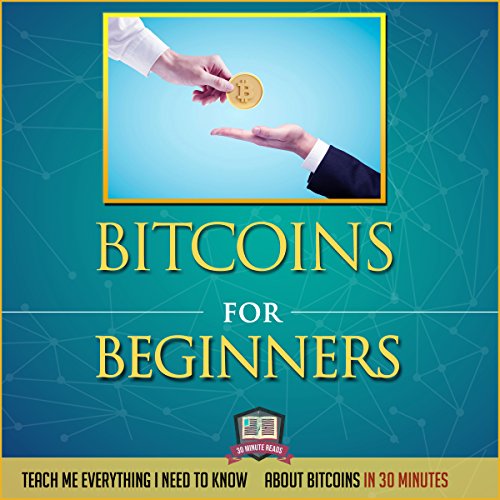 Learn how Bitcoins can change your life today!

Bitcoins are still considered to be an extremely confusing to some people, and it does take time to actually make sure that you are using bitcoins properly. Though, that means that you need to understand what bitcoins are and how they can be used in the first place. Even though it may be hard to understand what bitcoins are, this book is dedicated to helping you do that. This means it is dedicated to making sure that you understand everything that bitcoins actually are. There isn't much that you can do with bitcoins yet, but they are considered to be a currency of the future. This is because they are not regulated by any central government. They are said to be important to democracy and important to our future. Understanding bitcoins may be difficult at first, but it is worth it in the end. 7 Reasons to Buy This Book

What listeners say about Bitcoins for Beginners

This is actually, terrible

I use the word "actually" in the title because it is stuck in my head after hearing it used about 500 times in this short book. When the narrator (robot?) isn't saying "actually", he is repeating something he has just said in the preceding paragraph. There are other short primers on this subject, I would recommend trying one of those.