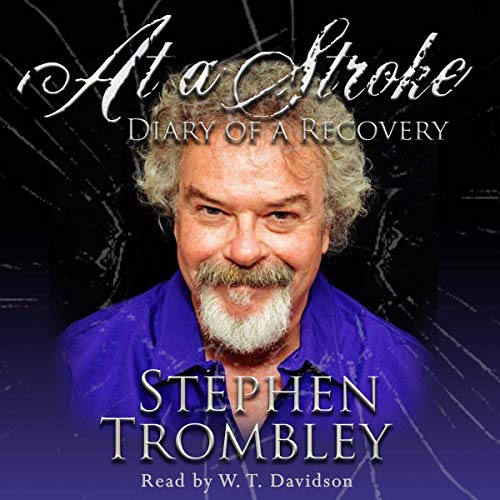 In 2017, at the age of 62, the writer and filmmaker Stephen Trombley left his native America for a simpler life in rural France. He found a little place in the southwest, but after only five months, he was struck down by a stroke that left his right arm paralyzed and his brains scrambled.

While he was in hospital, his relationship failed. Alone, broke, and with only a schoolboy’s grasp of the language, Trombley found himself completely dependent on the French medical system. As soon as he was able, Trombley started keeping a diary, recording his long and painful journey from the land of the well to the land of the disabled and, he hoped, back again. The result is a candid, vivid, often darkly funny, and ultimately uplifting account of medical catastrophe and survival far from home.

Essential listening for anyone who has had a stroke or who lives with someone recovering from a stroke, it is a classic of its kind.

What listeners say about At a Stroke

Whether you’ve had a stroke or not, read this book. You won’t be sorry.

I came to know Stephen Trombley online some years ago through a shared love of music and a mixed bag of mutual friends. I had also read his book The Execution Protocol, a disturbing and fascinating true story about capital punishment in the US. 2 years ago Stephen had a stroke, giving us something else in common, though rather less desirable than music 😊 After following his progress on Facebook I’ve just finished listening to his stroke diary, narrated by W.T. Davidson. It’s wonderful- well written as I expected by Stephen and well read by WT. Honest, painful, humorous and hopeful by turns it’s a great story and it’s not over yet. Whether you’ve had a stroke or not, read this book. You won’t be sorry.