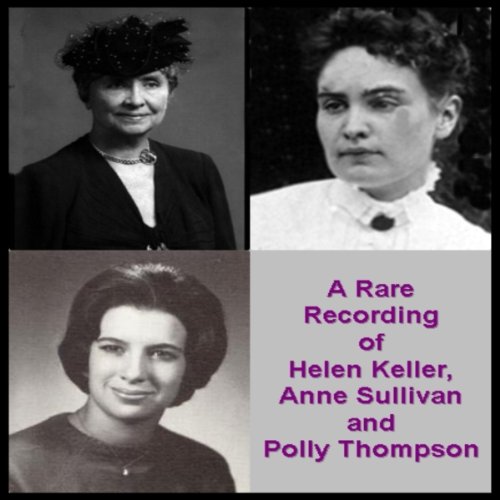 Helen Keller was born on June 27, 1880, in Tuscumbia, Alabama. Though born with the ability to see and hear, at 19 months-old she contracted an acute illness that left her both deaf and blind. Eventually, 20-year-old Anne Sullivan, herself visually impaired, became Keller's speech instructor. It was the beginning of a 49-year-long relationship during which Sullivan evolved into Keller's governess and eventually her companion. In 1914, Sullivan's health began to fail, so a young woman from Scotland, Polly Thompson was hired to keep house. Though she had no experience with deaf or blind people, Thompson progressed to working as a secretary, and eventually a constant companion to Keller. Keller went on to become a world-famous speaker and author. She was a suffragist, a pacifist, a radical socialist, and a birth control advocate. In 1915 she and George Kessler founded the Helen Keller International organization, devoted to research in vision, health and nutrition. In 1920 she helped to found the American Civil Liberties Union.

What listeners say about A Rare Recording of Helen Keller, Anne Sullivan, and Polly Thompson

Amazing what Helen & Anne were able to accomplish.

What an accomplishment. These two people had great drive and focus. Wonderful to hear Helen speak.

I really appreciate hearing Helen's voice and also the remarkable women that helped her. So very inspiring and deeply human.

I'd love to have heard more. Are there more recordings anywhere? Tads yada yada yada