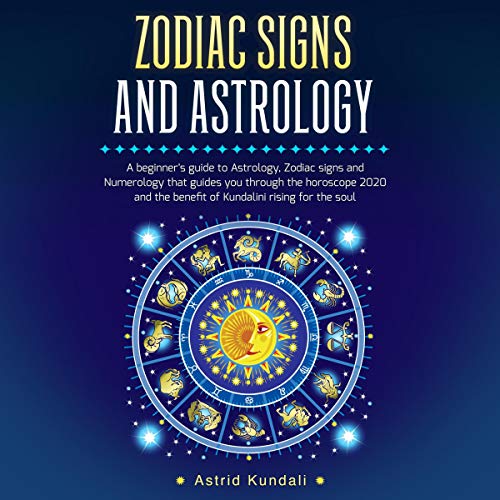 Are you looking for a complete guide on astrology? Then, keep reading...

Astrology has been used for centuries to give people a clearer sense of who they are and what they need out of life, but much of the available information in the past amounted to general descriptions of personalities, as if they were set in stone with no room for change. Predictive astrology was used to look at the future, but because there are so many variables, predictions were often wrong. That’s not to suggest that there are not some excellent “mundane astrologers” - that is, astrologers who predict worldly events, such as times of challenge in economics and politics. That, however, is not what most people are interested in when they turn to astrology to learn something deeper about themselves

For millennia, humans have gazed up to the stars and recognized the connection between the cosmic cycles and movement of the heavens as having an effect on earth. For example, the seasons and tides are clearly affected by cosmic cycles. At some point, they came to understand that cosmic cycles also have an effect on us. In fact, astrology, in one form or another, has been around for thousands of years as a divinatory tool used to predict global and personal events. There is some evidence that the ancient Sumerians used the cosmos as a guide. The Babylonians are generally credited with creating the first organized system of astrology, but there is no specific evidence of the organization they used.

The cosmos is based on cycles and circles. The movement of all atomic structures on earth is mirrored in the movements of the planets in our galaxy and in the movement of the galaxy within the universe, moving as spirals within spirals, and so it is within us. Aligning with the planetary phases and rhythms brings flow to our lives as we evolve with the cosmic energies rather than fight against them. With this knowledge, you are able to face challenging energies with a more philosophical approach as you begin to embody the flow and cyclical nature of life, the earth, and the universe, knowing that all is evolving as you are.

I invite you, as you listen to this book, to absorb the astrological language and practice the exercises in the chapters to actually get outside and look up. Technology has given us amazing resources, such as apps like Star Walk and Sky Guide, to aid in identifying planetary bodies and helping you witness and feel the cyclical nature of the whole universe. This will help you embrace the energies and even the challenging times, knowing that growth is within the grasp of your whole being. Tune in to both your inner world and the movement of the universe so that you can move toward your soul’s evolutionary potential with relative ease and grace.

What listeners say about Zodiac Signs and Astrology