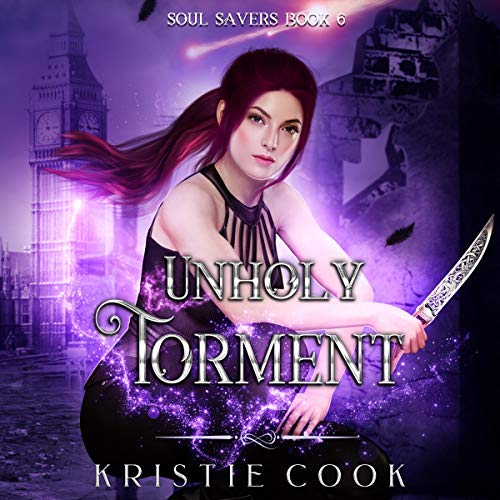 The best-selling and highly acclaimed Soul Savers series, with over 1 million sales and downloads, continues with book 6, Unholy Torment.

I’m still trying to process that fact, but I can’t. Although I have nowhere near enough life or leadership experience, I have to serve my purpose and lead the Angels’ army to war. But for every step we take, Lucas trumps it as he orchestrates the beginnings of World War III. Single-handedly, he turns the humans against the Amadis, and when Tristan and I top every country’s list of Most Wanted Terrorists, we’re forced to go underground to fight this war.

With the help of my people and a group of unexpected allies, I have to figure out a way to stop the Daemoni from taking over humanity. Some claim Lucas to be the Antichrist. I won’t give him that credit, but he’s sure trying his best to prove me wrong. If it’s true, then we’ve all become part of an age-old prophecy of divine providence. But the Amadis will do everything we can to stop Lucas and change the world’s destiny, even if it means we die trying.

What listeners say about Unholy Torment