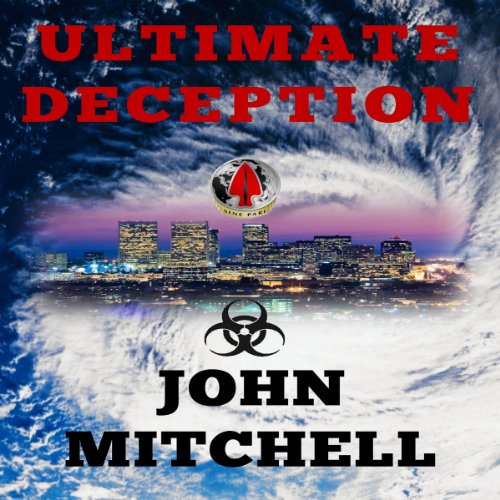 When an imminent, mass-scale terrorist attack is uncovered, former DELTA Force officer Major Paul Jensen and the Joint Special Operations Command know that they are all that stand between the deadly attacks and innocent Americans. But what he doesn't know is the mission's cost, the terrorist's deception, and why he is haunted by love lost.

Across the dark waters of the Strait of Malacca between Indonesia and Malaysia, a massive plot is birthed by an evil alliance to attack the Western United States with biological and chemical weapons, by using Abu Sayyaf, ruthless Southeast Asian guerillas, to smuggle the deadly agents into the United States. Only the sharp eye and quick reaction of a Reaper drone pilot, in the CIA's Special Operations Group, flying surveillance missions catches the suspicious Malacca rendezvous. The Agency intel develops into an imminent, priority-level-five threat to national security.

When Major Paul Jensen, former DELTA officer and liaison with the Office of the Director of National Intelligence to Joint Special Operations Command, takes command of Operation Southern Fury, he and the JSOC Quick Reaction Force are all that stand between the deadly terrorist plot, and not only hundreds of thousands of lives, but the fragile national economy and the continuation of the American way of life.

But can Jensen stop the threat before it reaches the United States, and at what cost? Does he understand the whole picture, or will he fall prey to the ultimate deception?

What listeners say about Ultimate Deception