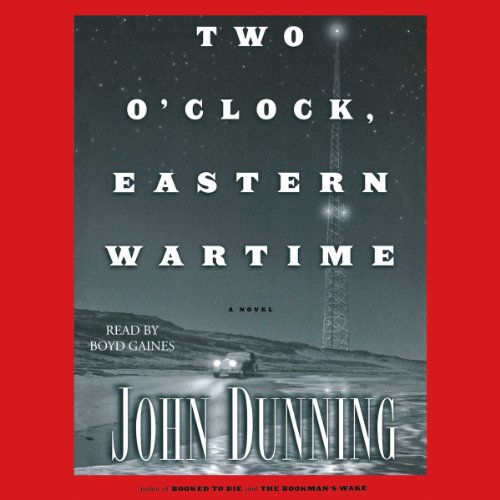 It's the summer of 1942 at radio station WHAR on the New Jersey coast. As bombs fall on Britain, a troupe of gallant actors, sound effects people, writers, and producers explores the promise of this exhilarating medium, struggling to create programming that entertains, informs, and enlightens its listeners. Into this intense community come Jack Dulaney and Holly Carnahan, determined to find Holly's missing father, who sent his last desperate missive from this noisy seaside town. Holly sings like an angel and quickly becomes a star. Jack - a onetime novelist who's hit every kind of trouble - gets hooked by the extraordinary power of radio and discovers that he can write scripts with the best of them.

Holly's father is nowhere to be found, and soon it seems that his disappearance may be linked to an English actor who walked out of the station six years earlier and was never seen again. It is a link that some people will do anything to hide - including murder.

Boyd Gaines may have ruined audio books for me --- that's how good he was.